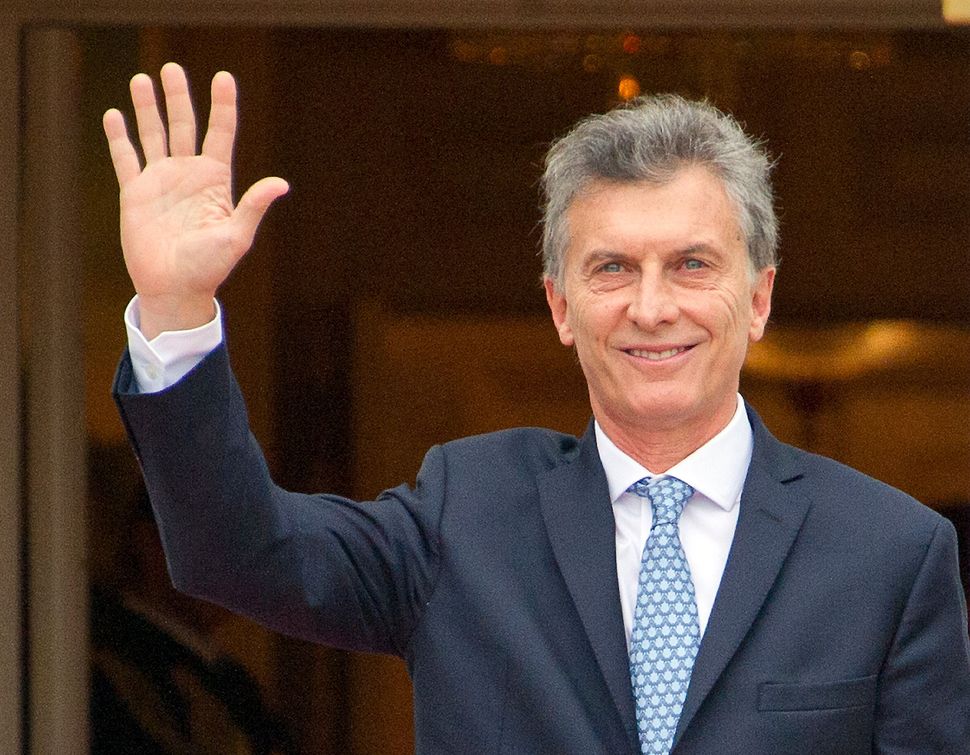 BUENOS AIRES (JTA) — In a sign of Buenos Aires’ changing attitude toward Israel, the Argentine Foreign Ministry on Friday issued a statement that seemed to put the blame for recent clashes between the Israeli military and Hamas squarely on the Palestinians.

Referring to the recent escalation in tensions which has seen Hamas fire hundreds of rockets into Israeli territory and the Israelis carry out numerous retaliatory strikes against Hamas outposts and fighters, the statement expressed its “deep concern” over the violence which is said had been “caused by the launch of rockets towards Israel.”

In a tweet on its official account the same day, the Ministry reiterated this position in identical language.

“The Argentine Government reiterates the pressing need for the peace process to be resumed in order to reach a fair and lasting solution, so that the State of Israel can exist peacefully alongside its neighbours, within secure and internationally recognized borders, and the Palestinian people can establish a sovereign, independent and viable State based on the 1967 borders and in accordance with the agreements reached by the parties in the negotiation process,” the rest of the statement read.

Relations between Argentina and Israel have warmed significantly since the election of President Mauricio Macri in 2015. He replaced Cristina Fernández de Kirchner, under whose leadership bilateral ties frayed significantly. In 2010 Kirchner recognized Palestine as a “free and independent state.”

This June, an Argentine federal court found that Jewish special prosecutor Alberto Nisman had been murdered as a direct consequence of his accusation against Kirchner of a cover-up of Iran’s role in the 1994 AMIA Jewish center bombing.