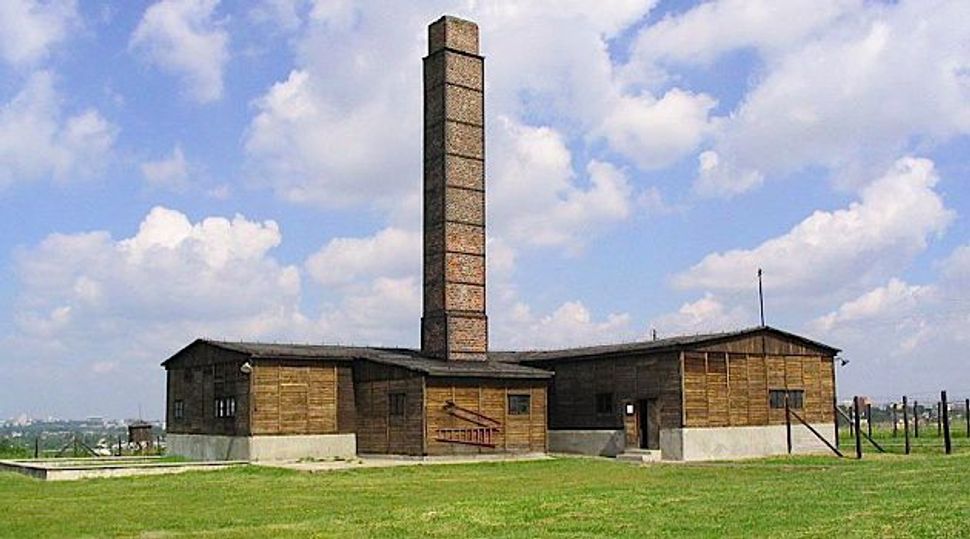 JERUSALEM (JTA) — Two Israeli students were caught on video dancing naked at the Majdanek concentration camp in Poland over the weekend.

Workers at the camp made the video and the students were subsequently expelled from their trip by their school, Haaretz reported.

It was the latest in a series of incidents involving bad behavior by Israeli students, according to Haaretz, including a case of vandalism at Auschwitz last year and the raising of a flag calling for “death to leftists” at a mass murder site the year before.

The Israeli Education Ministry told Haaretz in a statement that it viewed “with great severity any behavior that could harm the status and values represented by the trips to Poland. In the case in question, due to the students’ improper and inappropriate behavior, disciplinary actions have been taken against them to the fullest.”

It is not the first scandal involving nudity at a concentration camp. In 2015, the Simon Wiesenthal Center protested a controversial performance art installation at the Museum of Contemporary Art in Krakow that featured a video of group of unclothed men and women playing tag in what appeared to be a gas chamber. The piece was removed from the museum following a public outcry but was later reinstated.

The same video has also been displayed in an Estonian art museum but was also removed.