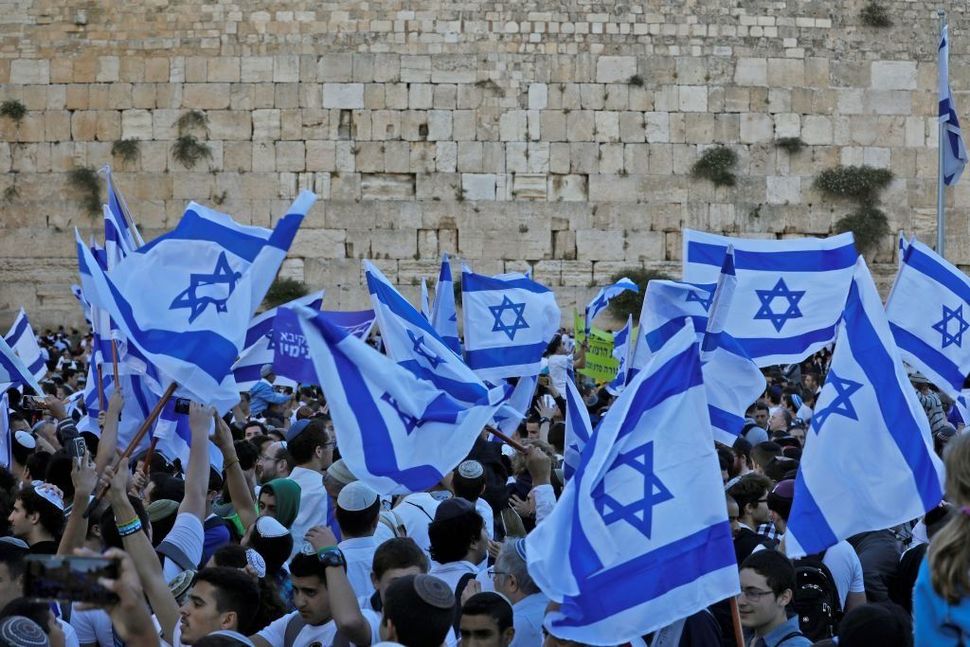 Isreali settlers wave their flags at the Western Wall in Jerusalem’s Old City on May 13, 2018 as they celebrate Jerusalem Day. (Photo by MENAHEM KAHANA/AFP/Getty Images) Image by Getty Images

A hostel in Jerusalem’s Old City published a list of Jewish activists, journalists and celebrities who have been “banned…because of crimes committed against the Jewish People.”

The Jerusalem Heritage House’s list, which refers to the people named as “sonei Yisrael” or “haters of Israel,” includes Jewish politicians like Bernie Sanders and Dianne Feinstein; advocacy groups like J Street and the Anti-Defamation League, “all staff” from the Times of Israel, Haaretz, CNN and The New York Times; and celebrities like Jon Stewart, Bette Midler and Natalie Portman.

The Heritage House, which says it has hosted more than 60,000 people since it opened in 1985, did not respond to a request for comment from The Jerusalem Post.

The hostel came under heavy scrutiny last year after Haaretz reported that a popular operator of Birthright trips run by the Orthodox Union had been referring participants to stay there for free in order to extend their 10-day trip. While at the Heritage House, residents were encouraged to volunteer in illegal West Bank outposts. Residents also reported seeing pictures and books about Rabbi Meir Kahane, whose political party was banned in Israel for racism and whose Jewish Defense League was classified by the FBI as a terrorist group.

The Heritage House has also been threatened with a discrimination-related lawsuit for not accepting non-Jewish guests.