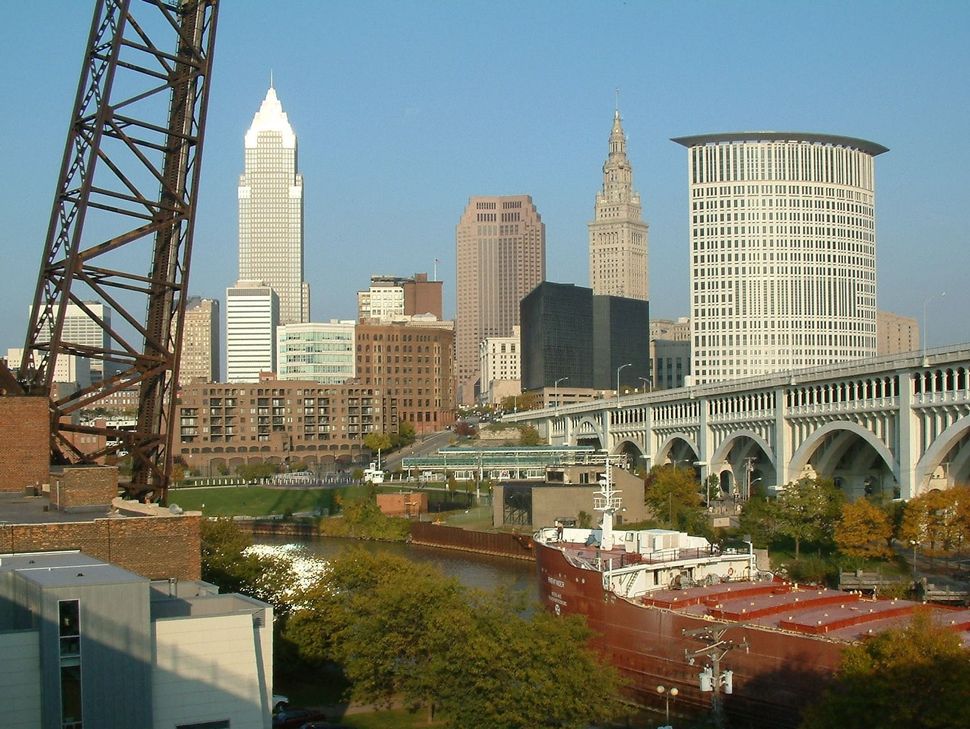 The Cleveland skyline. Image by Wikipedia

(JTA) — The Jewish Federation of Cleveland has appointed Erika Rudin-Luria as its top executive, making her the philanthropy’s first female president.

On Tuesday, the federation announced that Rudin-Luria, its current senior vice president and chief strategy officer, would succeed Stephen Hoffman, who is retiring.

With Rudin-Luria as its first woman president, the Cleveland federation will join some 40 percent of Jewish federations in the United States and Canada with women in the top professional position, according to the Jewish Federations of North America.

But among so-called major federations with large budgets, as defined by JFNA, only 9 percent have women in the top position as of 2015.

According to the federation, its 2018 Campaign for Jewish Needs raised $32.7 million.

“We also have other grant-making from donor advised and special purpose funds, supporting foundations, and endowment funds of $75 million to $100 million each year,” the organization said in an email to JTA.

Rudin-Luria, 44, said in a statement that there was “no greater honor or privilege than serving as the president” of the federation. She has been working for the federation, which coordinates community fundraising for Israel and local needs, in various capacities since 2001 and will start in her new position on Jan. 1.

The federation’s board chair, Gary Gross, praised the new appointment.

“She is a seasoned leader, who possesses a keen insight into the challenges our community faces and the strategic thinking necessary to address them,” Gross said.

Houston’s Jewish federation appointed Avital Ingber as CEO last year and Philadelphia’s federation tapped Naomi Adler as its top exec in 2014. Jennifer Gorovitz, the first woman to lead a major American Jewish federation, stepped down as the CEO of the Jewish Community Federation of San Francisco in 2014.

According to EJewishPhilanthropy.com, some 70 to 80 percent of total federation employees in North America are women.

Rudin-Luria is married to Rabbi Hal Rudin-Luria, who serves at B’nai Jeshurun, a Conservative synagogue in Pepper Pike, Ohio.