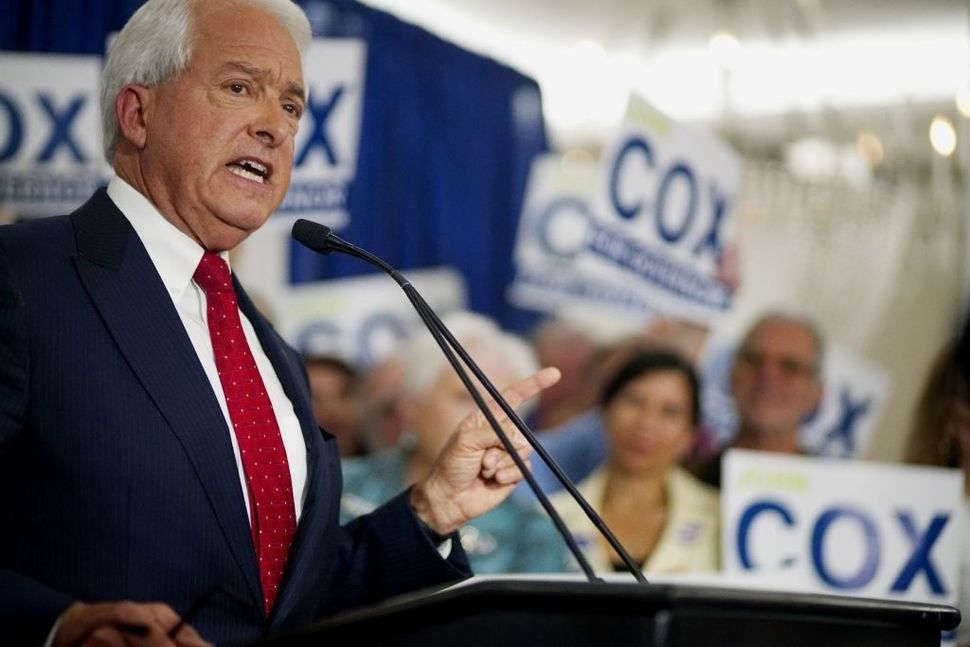 Businessman John Cox is the Republican nominee for governor of California. Image by Sandy Huffaker/Getty Images

(JTA) — A Republican candidate for governor in California said he’d stop comparing wait times at the Department of Motor Vehicles to the experience of Holocaust survivors.

John Cox had come under fire for  telling a story Wednesday about a Holocaust survivor who complained about the long lines when the two met at a DMV in Long Beach, California. “He survived concentration camps, and he said this was worse. He’s 90 years old and he had to wait four hours down in Long Beach. Can you imagine that?” Cox said, according to the Capital Public Radio.

A spokesman for Cox told Talking Points Memo Thursday that the the candidate will “no longer” tell the story, calling it an “honest mistake.”

“The guy said that [the lines] reminded him of 1937 Germany when you had to wait in line to get processed. … John has told this story a few times, he misspoke,” Matt Shupe told TPM. “He basically tried to condense it, you know, and he misspoke. And so it was an honest mistake, there was no deeper implication.”

Cox will face Gavin Newsom, a Democrat and the lieutenant governor, in November, and has been using the long wait times at the DMV as an example of legislative inaction.