Activist Scholar Who Did ‘Intersectionality’ Decades Early Dies At 72 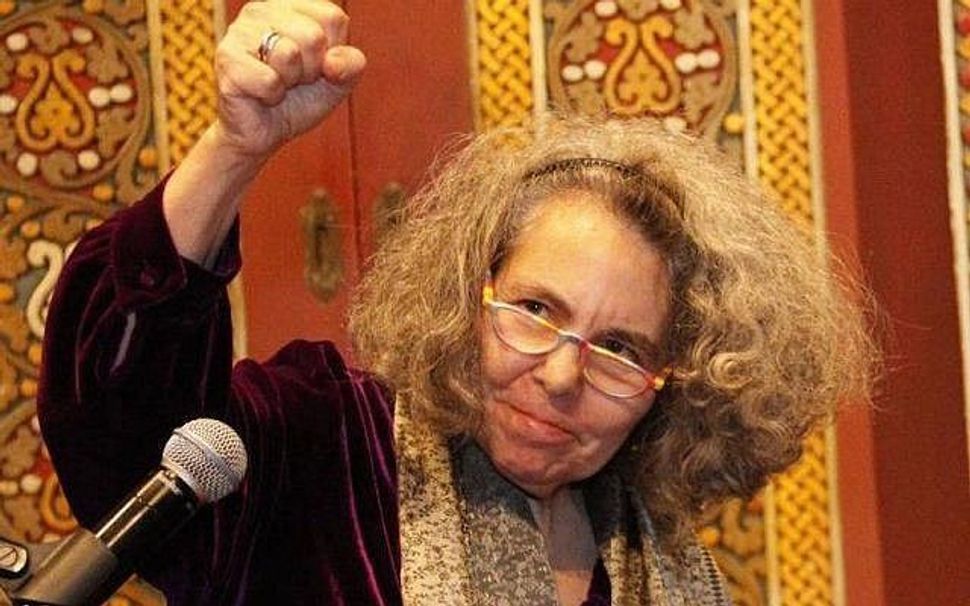 Image by Leslie Cagan via Facebook/JTA)

An activist who believed Israel isn’t the one and true homeland of all Jews, Melanie Kaye/Kantrowitz, died of Parkinson’s disease at 72, The NewYork Times reported.

“She was living and breathing the dynamic movements of her time,” said her long time partner Leslie Cagan.

The civil rights movement started Kaye/Kantrowitzbegan’ social activism. Mobilizing in the 1960’s with the Harlem Education Project, an effort to help educate young people on black history, she became “hooked.”

Soon after, she started thinking about Jewish identity, as well as the intersections of race, class and gender, “before folks used the term intersectionality.”

Her surname, Ms. Kaye/Kantrowitz, formed by combining her Anglicized name at birth with her family’s earlier name, helped shape new ways of thinking for her.

One of her major contributions to discussion of Jewish identity was her theory of radical diasporism- which she characterized as: “a counter to Zionism.”

She believed that Jews can honor their Jewish identity, history and culture without believing that Israel is their homeland. “Instead,” she said, “they take the fullness of their Jewish traditions and values and put them into practice wherever they are, wherever they call home.”

For her, home was more than a nation state.

“What do I mean by home? Not the nation state; not religious worship; not the deepest grief of a people marked by hatred. I mean a commitment to what is and is not mine; to the strangeness of others, to my strangeness to others; to common threads twisted with surprise.”

Activist Scholar Who Did ‘Intersectionality’ Decades Early Dies At 72