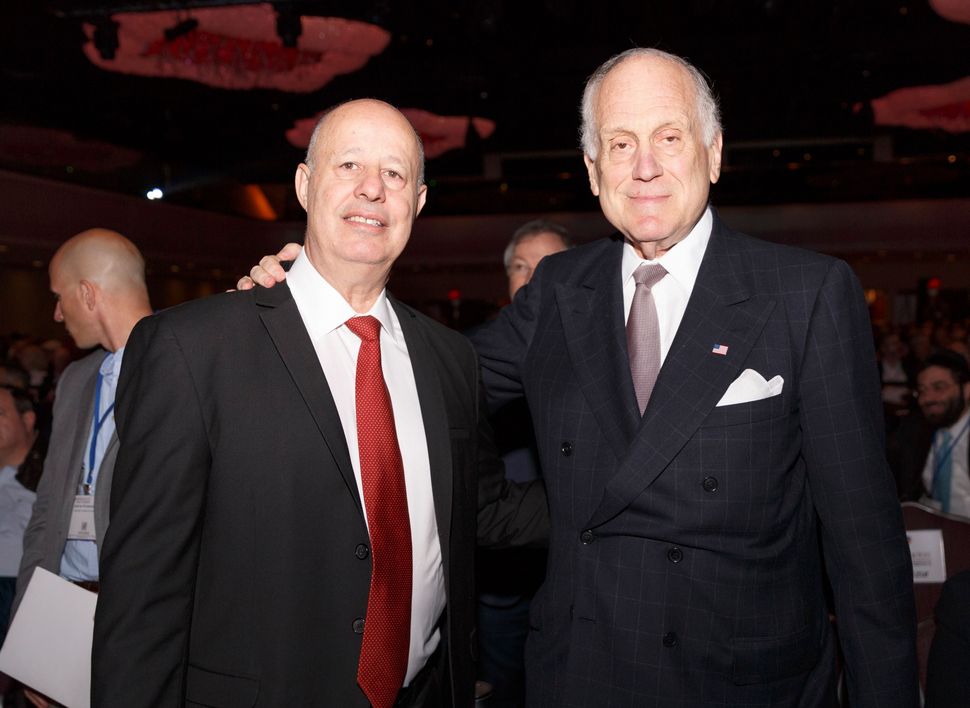 Tzachi Hanegbi (left) and Ronald Lauder, President of the World Jewish Congress and Chair of the Jerusalem Post Conference Image by Getty Images

JERUSALEM (Reuters) – An Israeli security cabinet minister on Thursday denounced the interrogation of left-wing activists at the country’s main airport, and predicted that it would end after the singling-out of a visiting U.S. Jewish columnist stirred controversy.

The questioning of Peter Beinart at Ben Gurion Airport on Sunday prompted the Israeli security agency Shin Bet, in a statement issued by Prime Minister Benjamin Netanyahu’s office, to describe the incident as “an administrative mistake”.

After Beinart, a columnist with the Jewish daily Forward, went public with his experience, several other liberal or pro-Palestinian activists – both foreigners and Israeli citizens – said that they had been similarly treated at Ben Gurion.

“This is stupidity,” Regional Cooperation Minister Tzachi Hanegbi said when asked about the airport interrogations of left-wingers. “It cannot be explained. It is folly, ridiculous.”

“I am certain that now there will be someone who stands there and will check that such stupidity does not recur,” Hanegbi told Israel’s Channel 13 television.

Security screening at Ben Gurion has always been stringent, but left-wing activists accuse authorities of subjecting them to scrutiny on political grounds as the right-wing Netanyahu government tries to counter pro-Palestinian boycott campaigns against Israel.