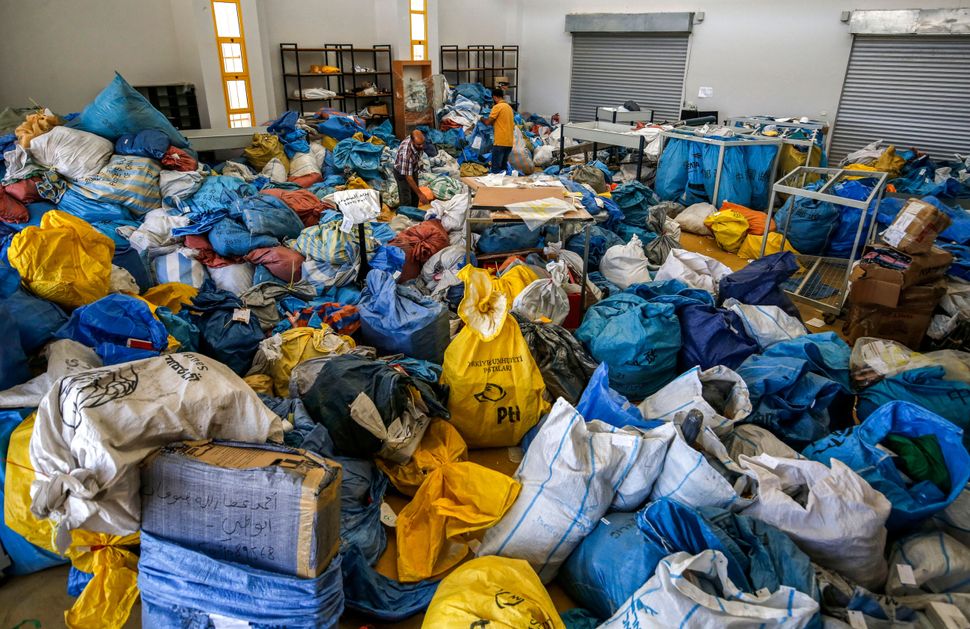 Palestinian postal workers sift through previously undelivered mail, which has been withheld by Israel, at the central international exchange post office in Jericho. Image by Getty Images

Eight years worth of letters and packages are being delivered to Palestinians in the West Bank, the New York Times reported.

The mail, which has been held in Jordan, began being released to the Palestinian Authority on Monday, according to a statement from Palestinian officials. Some of it was badly damaged in the delay.

Israel controls all goods coming in and out of the Palestinian territories, and the Israeli Postal Service sorts mail destined for the West Bank and the Gaza Strip, according to the New York Times. For security, Israel regularly blocks goods from entering these areas.

A 2016 agreement was drawn up to ensure mail was received directly by the Palestinian postal service, but it was never carried out.

The release of the mail came after long negotiations with Israel, said Allam Moussa, the minister of communications and information technology for the Palestinian Authority, and Jordan played an influential role in the delivery.

The newly delivered mail will take weeks to sort, according to the New York Times. Photos on the Palestinian Post’s website show the floor of the warehouse covered by bags of mail, some piled to shoulder height.

Israel and the Palestinian Authority signed an agreement last year to limit the confiscation of mail delivery to the West Bank, the agency said in a statement.