Kofi Annan Remembered As A Friend Of Israel 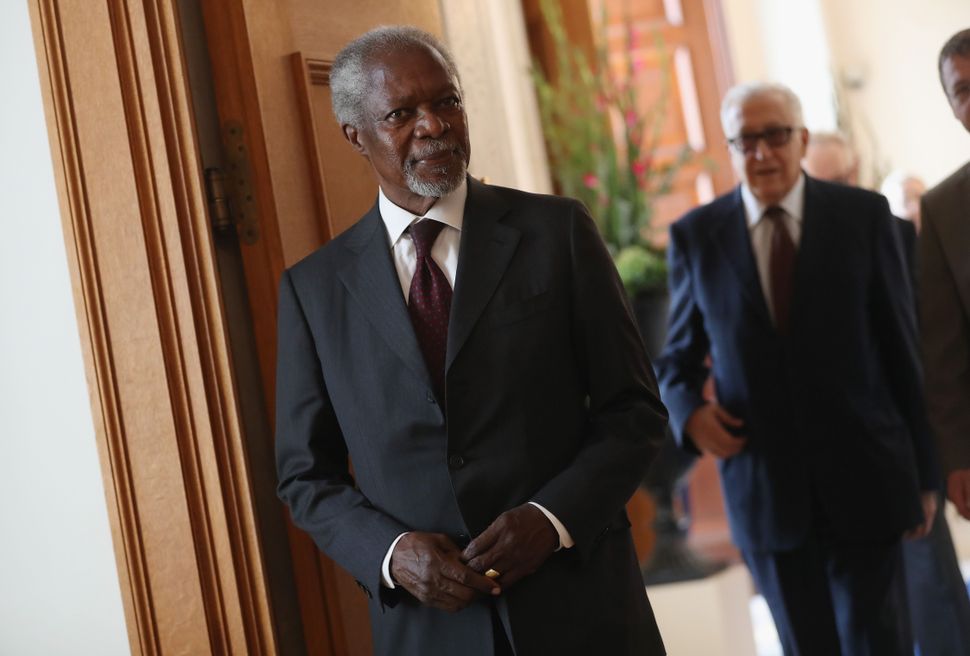 JERUSALEM (JTA) — Israeli Prime Minister Benjamin Netanyahu expressed his “sorrow” over the passing of former United Nations Secretary-General Kofi Annan, who died of an unspecified illness on Saturday. He was 80 years old.

Annan’s politics sometimes diverged sharply with those of Israel’s leaders. However, he was remembered by Israelis as a staunch proponent of the Jewish state’s right to exist who was firmly opposed to anti-Semitism.

In a statement, Netanyahu described Annan, who led the international organization for nearly a decade starting in 1997, as a friend of Israel and the Jewish people.

“We will remember him as having been very active in the international arena and as someone who fought anti-Semitism and Holocaust denial,” said Netanyahu. “We send our condolences to his widow and his family.”

A fierce proponent of a two-state solution, he was vocal in criticizing Jerusalem for the deaths of Palestinians killed during flareups, even going so far as to call for the deployment of peacekeepers in the West Bank following the Israeli army’s redeployment there during the Second Intifada.

In a statement, the Israeli Foreign Ministry described Annan as someone who “resisted the delegitimization of Israel” and “fought actively against Holocaust denial and supported the 2006 U.N. initiative on the International Holocaust Remembrance Day.”

Kofi Annan Remembered As A Friend Of Israel