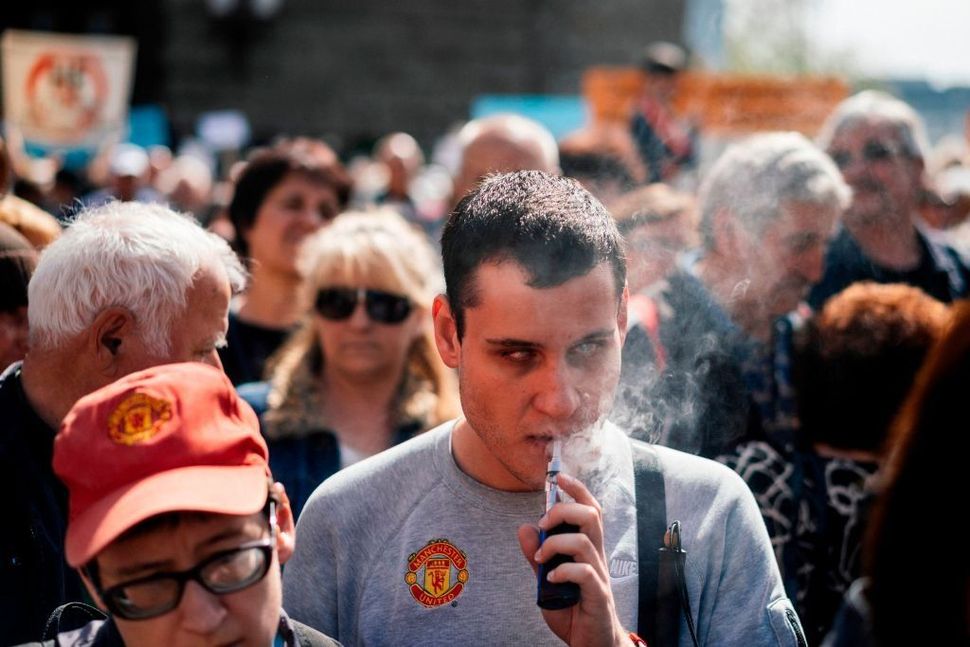 A statement by Israel’s Health Ministry said the Juul device was banned because it contains nicotine at a concentration higher than 20 milligrams per milliliter and poses “a grave risk to public health.”

Since launching in 2015, the flash drive-sized vaping device has transformed the market in the United States, where it now accounts for nearly 70 percent of tracked e-cigarette sales.

In a statement Tuesday, Juul Labs Inc said it was “incredibly disappointed” with what it called a “misguided” decision by the government in Israel. The San Francisco company said it planned to appeal the ban, adding that its devices provide smokers “a true alternative to combustible cigarettes.”

The Israeli move was consistent with similar restrictions in Europe, the ministry’s statement said.

The ban, which goes into effect in 15 days, was signed by Prime Minister Benjamin Netanyahu, who also holds the health portfolio.

Israel’s Haaretz newspaper reported in May that Juul e-cigarettes were already available for purchase at 30 locations around the country.

Juul says it targets adult smokers, but it has faced scrutiny over the popularity of its products with teenagers.

In April the U.S. Food and Drug Administration launched a crackdown on the sale of e-cigarettes and tobacco products to minors, particularly those developed by Juul Labs.