‘You Should All Be Shot,’ Man Tells Jewish Woman In Amsterdam 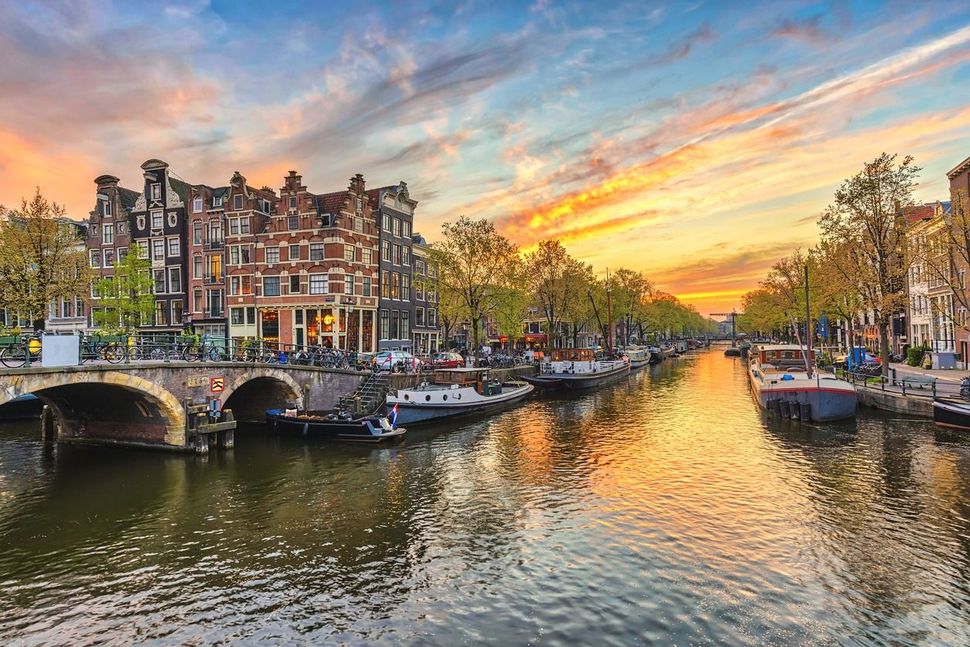 AMSTERDAM (JTA) — A Jewish woman from Amsterdam told police that a man shouted at her and her children that they “should all be shot” and called them “cancer Jews” before getting into a taxi cab.

The incident occurred Wednesday in the heavily-Jewish Buitenveldert neighborhood of Amsterdam, the Het Parool daily reported based on a complaint to police by the 28-year-old woman, who was not named in the media, with help from the Federative Jewish Netherlands organization.

A witness wrote down the taxi’s license plate and gave it to police, who are investigating the incident, the report said. Police would not say whether the suspect implicated in the incident is a taxi driver or passenger.

Federative Jewish Netherlands on Twitter wrote on Thursday that the taxi belong to TCA, one of Amsterdam’s largest taxi companies. The firm is now also investigating the incident internally, the report said. In 2010, a TCA driver, a Dutch citizen of Turkish descent, placed red stickers on the side of his Mercedes car reading “Israel = terror country/state.” He was fired following that action.

Discrimination against Jews in the Netherlands nearly doubled in 2017, reaching a five-year high that accounts for 41 percent of all the xenophobic incidents recorded, according to a report published earlier this year by the the Dutch Public Prosecution Service. It listed 144 confirmed criminal offenses last year involving xenophobia, including intimidation, vandalism, assault and incitement to hate or violence.

‘You Should All Be Shot,’ Man Tells Jewish Woman In Amsterdam