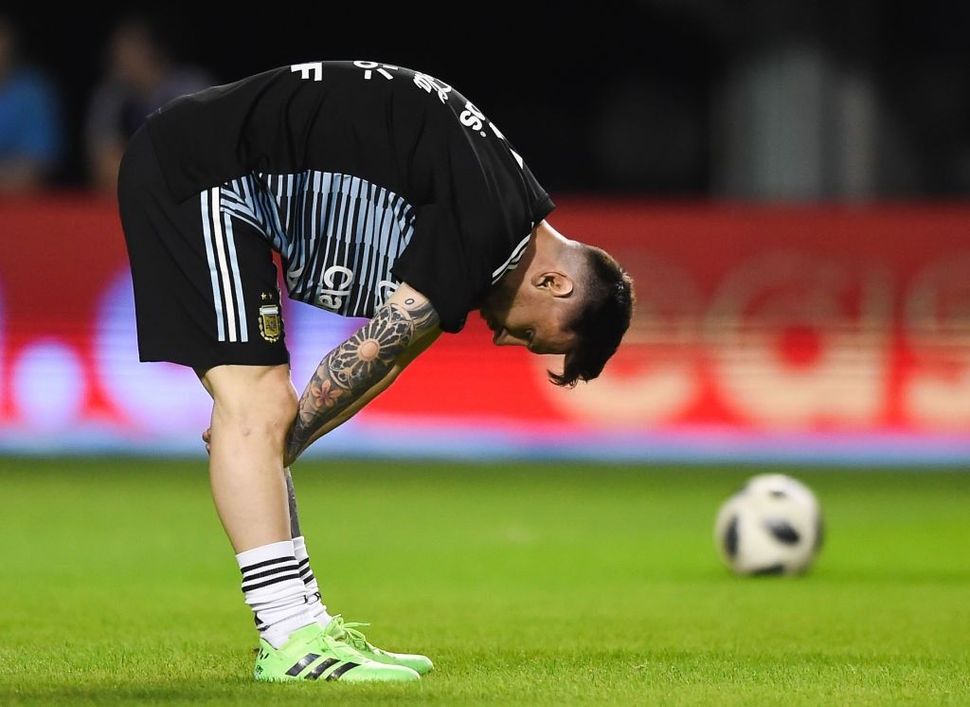 Lionel Messi of Argentina stretches before an international friendly match between Argentina and Haiti at Alberto J. Armando Stadium on May 29, 2018 in Buenos Aires, Argentina. Image by Getty Images

The head of the Palestinian Football Association, Jibril Rajoub, was banned from all soccer-related activity for a year by FIFA on Friday on charges of inciting hatred and violence before a friendly planned between Israel and Argentina.

Rajoub protested after Israel switched the venue of the June game from Haifa to Jerusalem. He urged Palestinians to burn shirts bearing the name of Lionel Messi if Argentina’s star went ahead and played there.

The change of venue came at a particularly sensitive time, after U.S. President Donald Trump had recognized Jerusalem as Israel’s capital, infuriating Palestinians who want the eastern part of the city as the capital of their own future state.

Global soccer body FIFA said on Friday its disciplinary committee considered that Rajoub’s statements “incited hatred and violence.” It banned him for 12 months and fined him $20,000.