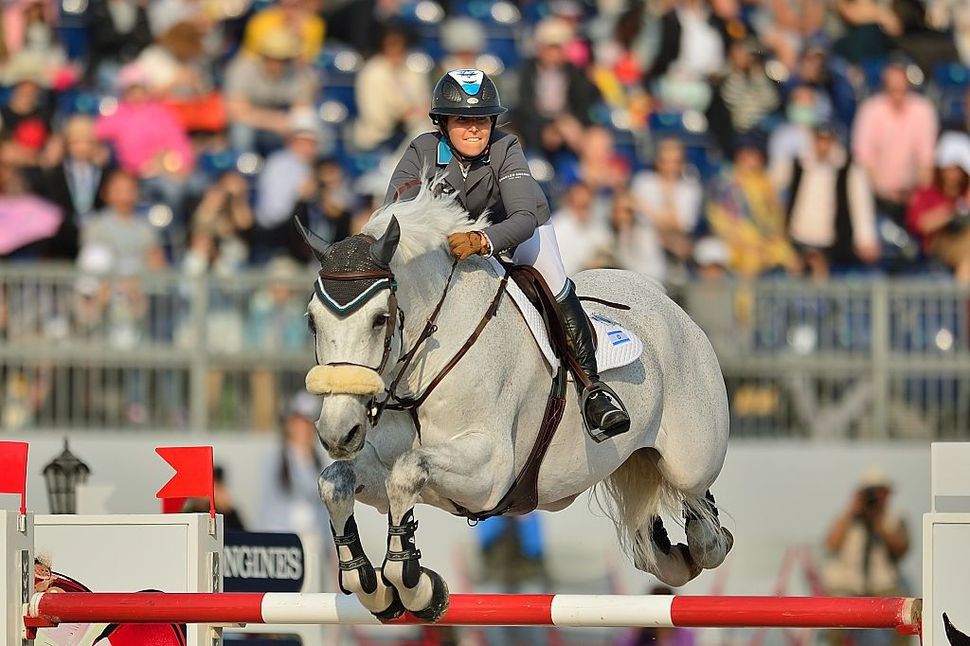 Danielle Goldstein of Israel during the Longines Global Champions Tour of Shanghai day 2 on April 30, 2016 in Shanghai, China. Image by Marcio Machado/Getty Images

JERUSALEM (JTA) — An Israeli equestrian rider has withdrawn from next month’s world championships since the competition will take place on Yom Kippur.

The International Equestrian Federation event, which will take place this year in North Carolina, is a prelude to the 2020 Olympic Games in Tokyo, where Israel’s equestrian federation hopes to compete for the first time.

Israeli rider Dan Kramer sent a letter earlier this month to the international federation saying that he would not compete due to the competition’s conflict with the holiest day on the Jewish calendar, Ynet reported last week.

“I decided not to join the other members of the Israeli national team and not to participate in the upcoming world championships in the United States, because the competition is taking place on Yom Kippur and I want to honor this day as well as the Israeli public and Jewish Diaspora,” Kramer wrote in a letter to the Israel equestrian federation’s chairman Kenny Lalo, Ynet reported.

Kramer, who is living in Belgium, grew up on Moshav Hayogev in northern Israel, where his family owned a horse and he dreamed of competing in the Olympics. He suffered a leg injury while serving in the Israel Defense Forces, and returned to riding as part of a physical therapy regimen. He qualified for next month’s world championship last year.

An Israeli team that competes on Yom Kippur reportedly is punished severely, though equestrian team officials told Ynet that the team has received assurances from the relevant authorities that they would not be penalized for participating in the competition.

The team members also could compete individually in the event but not as Israel’s team, according to the report.