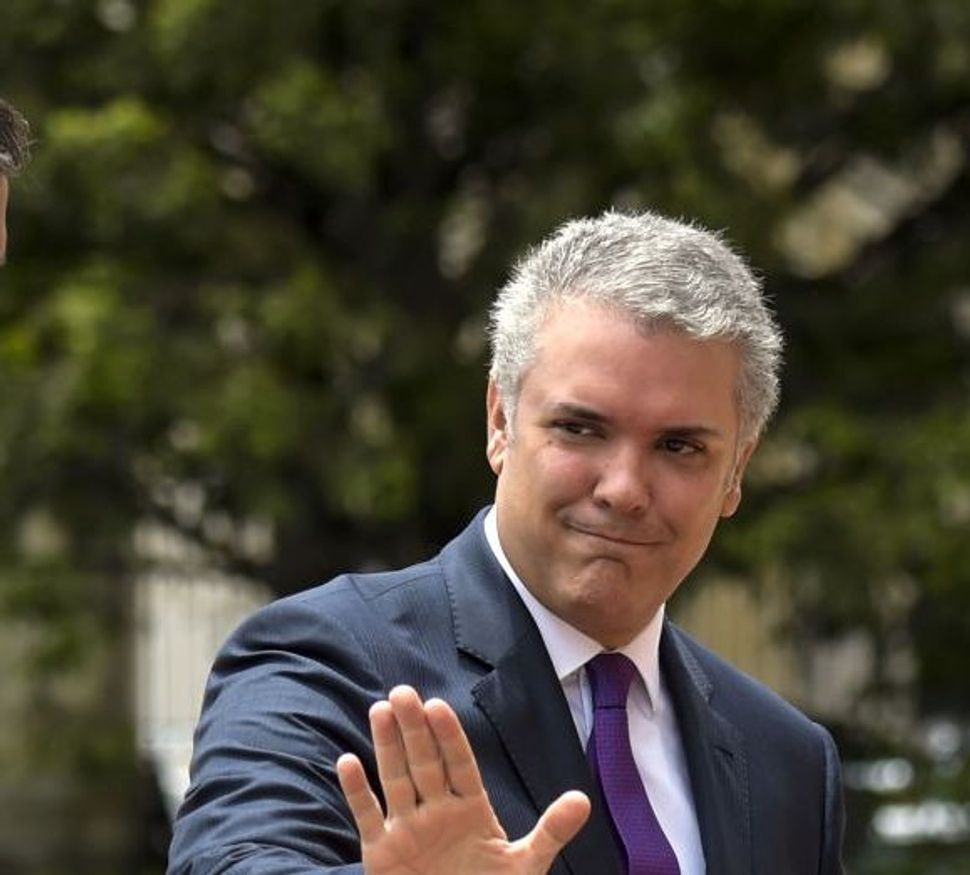 (JTA) — Colombia’s president Ivan Duque said the decision by his predecessor to recognize a Palestinian state days before he left office is “irreversible.”

Outgoing President Juan Manuel Santos in an August 3 letter to the Palestinian representative in Colombia said he had decided to “recognize Palestine as a free, independent and sovereign state.”

“Damage was done by the fact that there was not more institutional discussion. [Former] president [Juan Manuel] Santos told me that he had made that decision, but it is irreversible,” Duque said Monday in an interview with a local radio station.

“We would have benefited from more analyses [about recognizing Palestine],” Duque said. “What we, the international community, should not do is be part of the problem, instead, we must be part of the solution. The solution is to form lasting peace, stability, and that the two-state solution will move forward,” he said

He said he believes a two-state solution to the Israel-Palestinian conflict is the best one.

At least 136 countries have recognized a Palestinian state, including all the countries in South America.