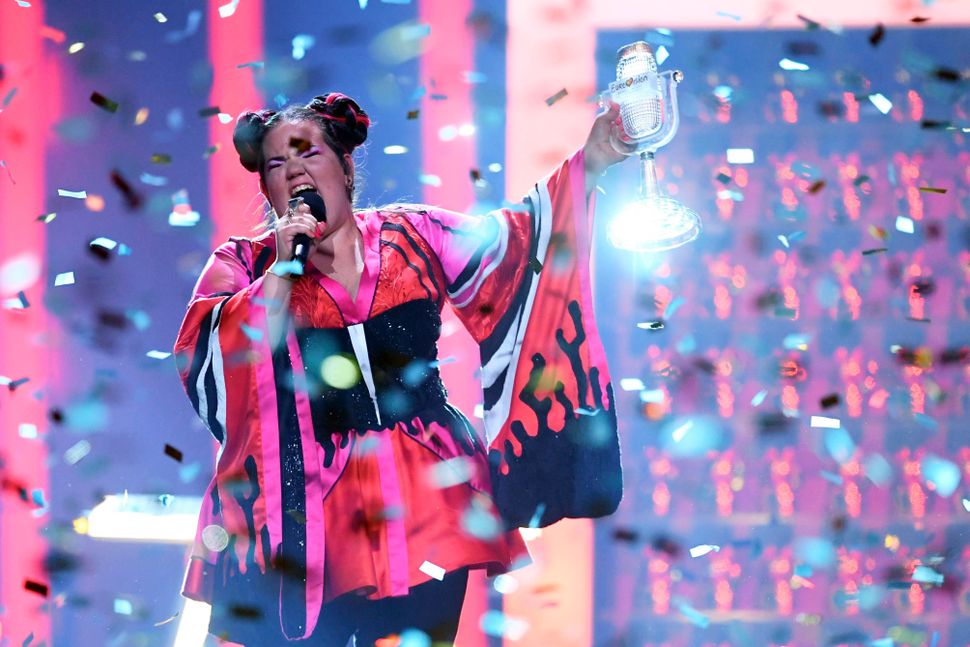 JERUSALEM (JTA) — Israel must allow preparation work for Eurovision to take place on Shabbat and cannot prevent anyone from entering the country to participate in Eurovision based on their political opinions, organizers have demanded.

A letter sent by the European Broadcasting Union to Israeli Prime Minister Benjamin Netanyahu in care of the Israel Public Broadcasting Corporation also sought his assurances that freedom of the press and freedom of expression will be allowed for all participants and the KAN public broadcaster have total independence to handle the contest.

The contents of the letter were leaked to the Israeli media and reported on Monday. The letter reportedly requests that Netanyahu agree to the requirements in writing.

The letter sent by European Broadcasting Union, or EBU, sets out standard requirements for all host countries, according to Hadashot news, which first reported the contents of the letter. Haaretz reported that conditions dealing with freedom of movement and expression are only placed on countries where there is concern about these issues. The issue of preparations, including the dress rehearsal, being held on Saturday came after complaints about Sabbath desecration by Haredi Orthodox lawmakers.

Israel’s Public Security Minister Gilad Erdan, under whose authority leaders of the BDS movement against Israel have been turned away at the border or questioned for hours, called on the prime minister to reject the “delusional conditions” in an interview with Army Radio Tuesday morning.

Israel won the right to host the 2019 Eurovision after singer Netta Barzilai won the competition in May.