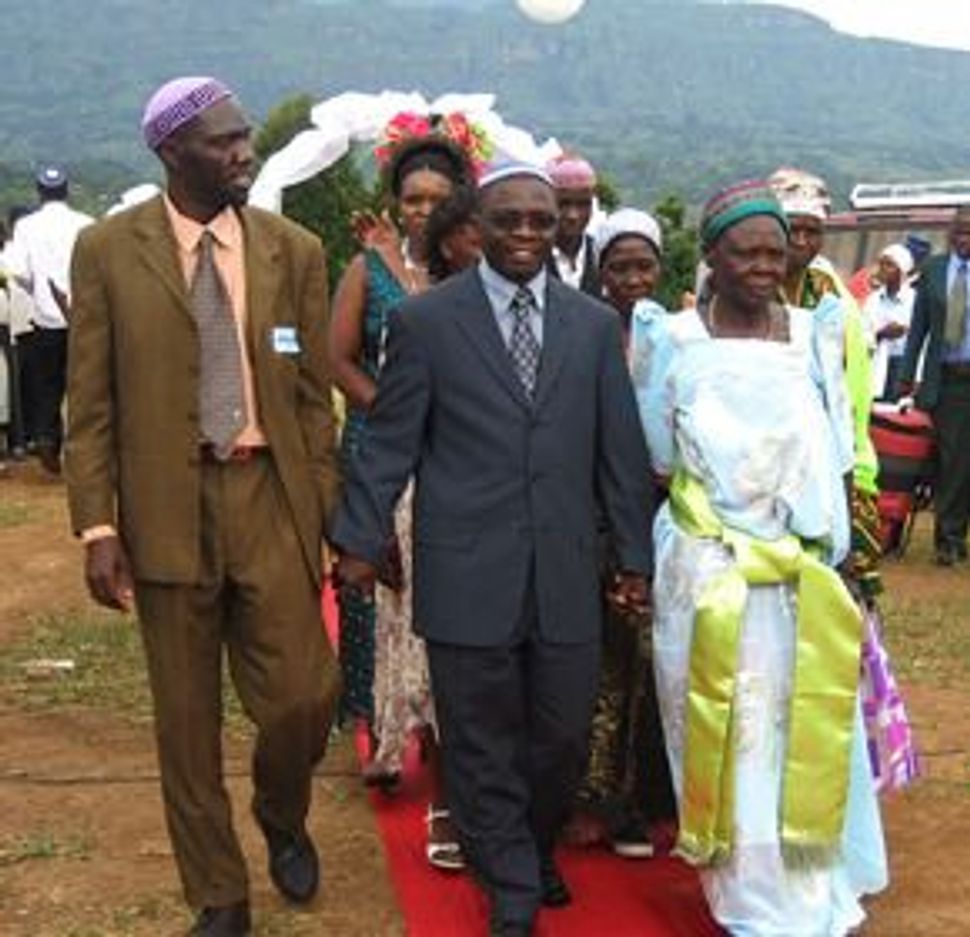 JERUSALEM (JTA) — A group of young Jews from Uganda completed a Birthright trip to Israel, even though Israel does not recognize them as Jewish.

It is the first time that Ugandan Jews have participated in the free 10-day trip to Israel for young Jews ages 18-26.

The three dozen young people ended their free trip last week, part of the 50,000 young adult Jews from (now) 69 countries who have or are scheduled to visit Israel with Birthright during 2018.

The trip was announced earlier this year. It was operated by Israel Experience with the help of Marom Olami, the young adult division of the world Conservative movement.

Some of the Ugandan Birthright participants had travelled to other countries before and others had never left their small villages before coming to Israel this month on Birthright.  Many did not have a Ugandan passport when they learned of the trip.

The Ugandan Jewish young people visited sites such as Yad Vashem in Jerusalem, and participated in a ceremony inaugurating a new Torah scroll at the Western Wall’s egalitarian prayer area. They group also visited South Tel Aviv, where they learned about the plight of migrants from Africa living in Israel.

Participant Dafnah Sizomu called the trip “exciting for all of us as a community,” because of the knowledge “that we are able to fulfill the dreams of our ancestors in this very moment.”

She noted that in Uganda “we have so many lakes and water bodies, we get rain and natural resources and there’s still a lot of suffering. Here, from a place with no resources they built a country that is so impressive, modern and accomplished. It is incredible and we learned a lot just from observing it.”

“In Uganda we are such a small Jewish community but I believe that if we have the same hope we will also be able to grow together and realize our dreams and prosper, like Israel,” she added.

Njogu Samson Nderitu called Israel “the meeting place of our people,” noting the Birthright participants he had met from countries around the world. “Being here you know what it feels like to be home,” he added.

He said he enjoyed the readily available kosher food throughout the country as well as seeing young Jews walk in the streets wearing kippot.

Sarah Nabagala, 27, staffed the trip though she had never visited Israel before. “Coming here as a staff member allowed for me to ultimately have an even more significant time because I was able to see Israel through the participants’ eyes. They were genuinely excited about being here and immersed themselves fully in the country,” she said. “They were so filled with joy, seeing so many things for the first time – from Yad Vashem to viewing a large body of water, something a lot of them have never witnessed before. I got really emotional because I saw how emotional they were.”

She added that the participants on the trip “didn’t just learn about religion- we also learned about the country. The good and the bad, no sugarcoating. So much was talked about and explored.”

The Ugandan Jewish community, also called the Abayudaya, which numbers about 2,000, traces its roots to the early 20th century, when a former leader read the Bible and embraced Judaism. Most members were converted under the auspices of U.S. Conservative rabbis in the early 2000s and thus are not recognized as Jewish by Israel’s mostly haredi Orthodox Chief Rabbinate.

In 2016, the Jewish Agency for Israel recognized the community for the purposes of the Law of Return, seemingly opening a path for its members to immigrate to Israel. However, the Abayudaya have struggled to obtain government recognition to do so. In June,  Israel’s Interior Ministry denied a community member’s immigration application, and in  December, Israel denied a visa application by another member of the community to study at a yeshiva in Israel, leading to accusations of racism.