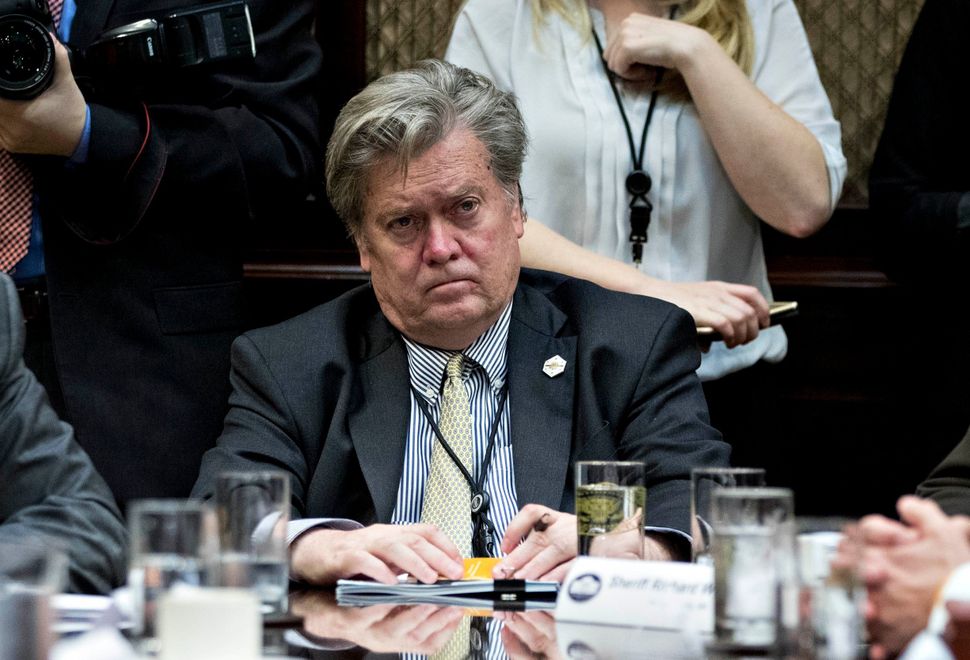 President Trump’s former chief strategist Steve Bannon was uninvited to the New Yorker Festival, where he was scheduled to headline, the New York Times reported.

The rescinded invitation came after several celebrities dropped out following the release of the festival’s lineup. David Remnick, the editor of The New Yorker, announced the news in an email to the magazine’s staff on Monday.

Judd Apatow, Jack Antonoff, John Mulaney and Jim Carrey were among the high-profile attendees who pulled out of their scheduled events, the Times reported. Patton Oswald and Jimmy Fallon cancelled following Remnick’s announcement.

“The reason for my acceptance was simple: I would be facing one of the most fearless journalists of his generation,” Bannon said in a statement to the Times. “In what I would call a defining moment, David Remnick showed he was gutless when confronted by the howling online mob.”

Remnick had sought out Steve Bannon for a podcast interview, according to CNN’s Reliable Sources. Booking was becoming a challenge, so one of the festival’s producers suggested an on-stage interview.

In an earlier phone interview with the Times, Remnick said he had “every intention of asking him difficult questions and engaging in a serious and even combative conversation.”

He added in his note that if the opportunity presents itself, “I’ll interview him in a more traditionally journalistic setting as we first discussed, and not on stage.”