Now We Know: A Former Kavanaugh Clerk Did Not Flash A White-Power Sign 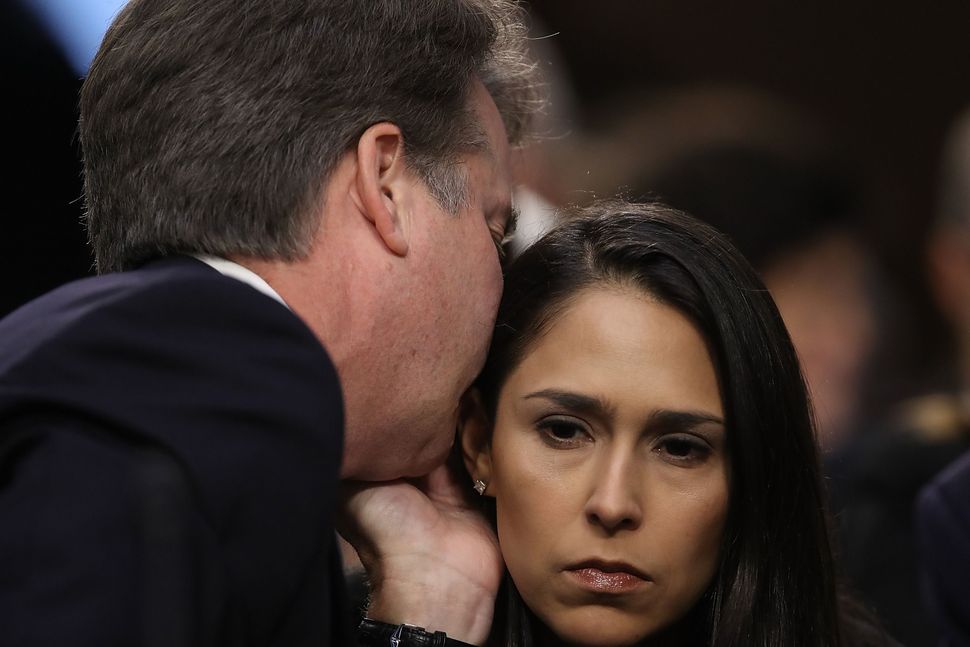 Was it, or was it not a white power sign?

Kavanaugh’s former law clerk Zina Bash is flashing a white power sign behind him during his Senate confirmation hearing. They literally want to bring white supremacy to the Supreme Court. What a national outrage and a disgrace to the rule of law. https://t.co/uQGOpNa6xg

Bash’s hand appeared to be making the “okay” symbol, which has often been appropriated by white nationalists.

Amid the Twitter storm, Bash’s husband John, currently the U.S. attorney for the Western District of Texas, stepped in to debunk the accusation, which he called “repulsive.” He said she rested her hand in a “random way,” and that the couple wasn’t familiar with the symbol. He also shared that Bash was born in Mexico and her paternal grandparents were Holocaust survivors.

Zina is Mexican on her mother’s side and Jewish on her father’s side. She was born in Mexico. Her grandparents were Holocaust survivors. We of course have nothing to do with hate groups, which aim to terrorize and demean other people — never have and never would. 2/3

Now We Know: A Former Kavanaugh Clerk Did Not Flash A White-Power Sign