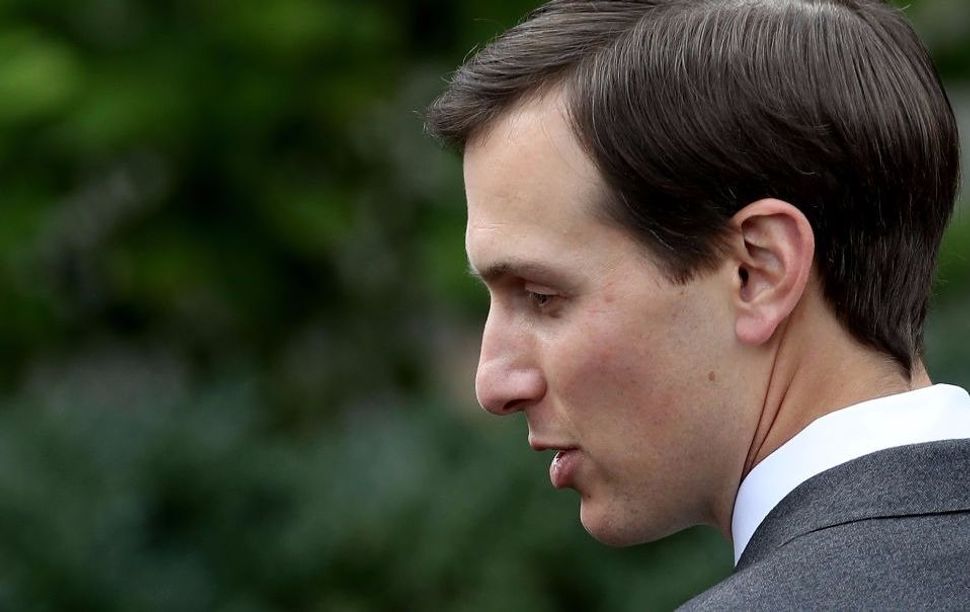 According to a story in Newsweek, “Fear: Trump in the White House” says that Trump contemplated the liability posed to him by Kushner, his son-in-law and senior adviser, following reports that Kushner’s business interests were being looked into by U.S. special counsel Robert Mueller.

Mueller is heading an investigation of Russian interference in the 2016 U.S. presidential election and any involvement by Trump and his campaign.

The Washington Post reported that Mueller had requested more of Kushner’s business records and that Kushner had hired a top Washington criminal defense lawyer.

Then-White House chief of staff Reince Priebus “decided to escalate, make a big play” of the June 15, 2017, Washington Post story headlined “Special Counsel Is Investigating Jared Kushner’s Business Dealings,” according to the book, which is scheduled for release next week.

“Priebus could see the fires building around a string of troubled investments Jared was involved in,” Woodward writes. “He told Trump that Jared should not be in the White House in an official capacity. Nepotism laws existed for a reason,” Woodward continued, paraphrasing Priebus.

“The Mueller investigation was going deeply into Jared’s finances. And it will jump to your finances if it hasn’t already,” Priebus told Trump, according to the book.

Trump would normally ignore or dismiss such attacks on Kushner, Woodward wrote.

“This time he paused, slowed down, and became reflective. He looked at his chief of staff,” the book says. “The response was jarring, so different.”

Priebus apparently continued to tell the president that Kushner should not hold an official position in the White House or have an office.

“But this suggestion would ricochet right back and get him in trouble with Jared, who wanted to stay,” Woodward writes. “Jared remained a mission Priebus failed to accomplish.”