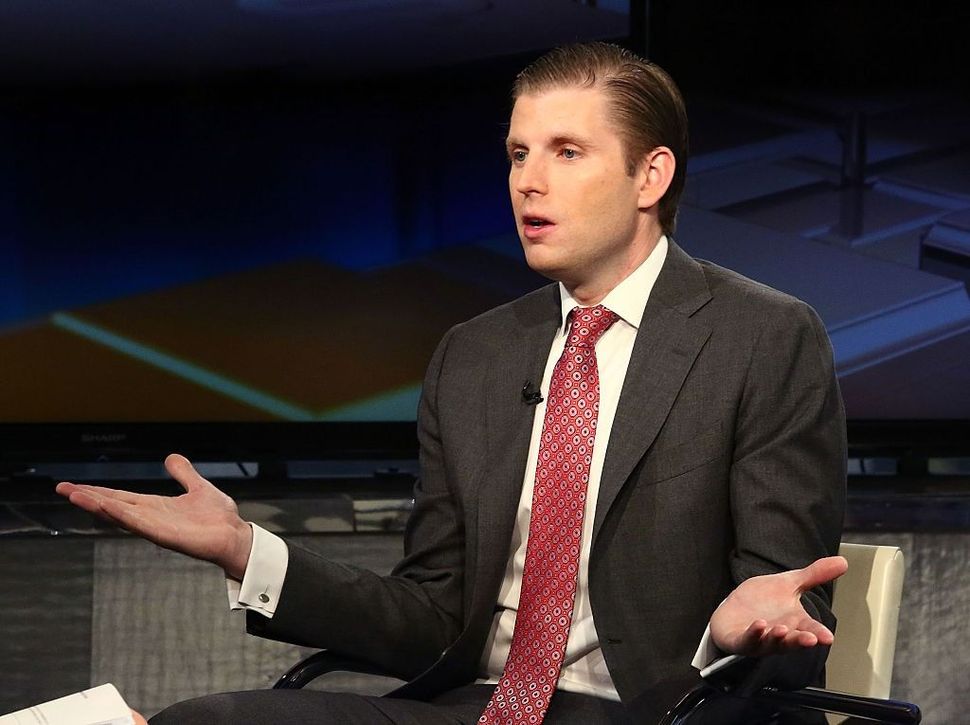 President Trump’s son Eric accused journalist Bob Woodward of trying to “make three extra shekels” with his new book, a turn of phrase that many have accused of having anti-Semitic undertones.

Woodward’s book “Fear,” which portrays the Trump and his administration as being incompetent and corrupt, has been slammed by White House figures and allies for relying on anonymous sources. Appearing on his father’s favorite TV show “Fox & Friends” on Wednesday, Eric Trump continued on that vein.

“You can write some sensational, nonsense book, CNN will definitely have you on there because they love to trash the president,” Trump said. “It’ll mean you sell three extra books, you make three extra shekels, at the behest of the American people, at the behest of our country, that’s doing a phenomenal job by every quantifiable metric. Is that really where we are?”

ERIC TRUMP attacks Democrats: “Anti-law enforcement, high taxes, and elimination of plastic straws is not a message that will win in November.”

It is unclear why Eric Trump used the Israeli currency to refer to the book’s record-breaking sales: Woodward is not Jewish — though Trump’s sister Ivanka is.