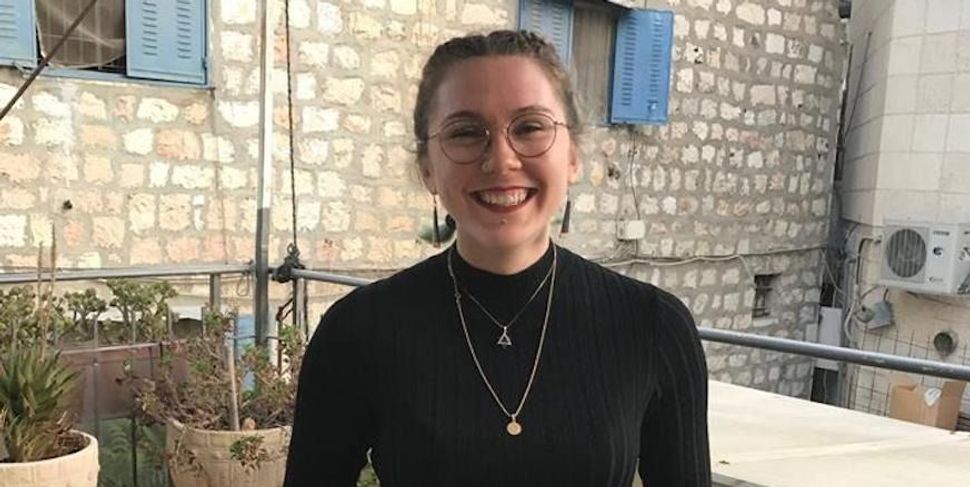 (JTA) — Another Jewish-American left-wing activist was detained at the Israeli border and threatened with deportation before being allowed to enter the country.

Julie Weinberg-Connors, 23, arrived in the country on Wednesday to begin a year of study at the Pardes Institute of Jewish Studies, a nondenominational yeshiva in Jerusalem, according to someone who was in touch with Weinberg-Connors during the detention. Weinberg-Connors was detained at Ben Gurion Airport upon landing and was questioned by Interior Ministry officials before being allowed to enter the country.

Weinberg-Connors is in the process of immigrating to Israel, or making aliyah, and will be living in the country on an A-1 visa, which is intended to be a stepping-stone to immigration.

In March 2017, the Knesset passed a law that denies entry to foreigners who support the Boycott, Divestment and Sanctions movement, or BDS.

Weinberg-Connors was detained after the Interior Ministry learned that she had visited Area A in the West Bank, which is under full Palestinian civil and security control.

Weinberg-Connors is from Boston and is a 2017 graduate of Beloit University, where they majored in critical identity studies and minored in religious studies. They studied abroad at Tel Aviv University, and have been involved with Jewish organizations such as Achvat Amim, a Palestinian-Israeli solidarity group; Encounter Programs, which leads listening tours to Palestinian areas of the West Bank for Jewish Americans; and Adamah, a Jewish-American farm that has a fellowship for young adults.