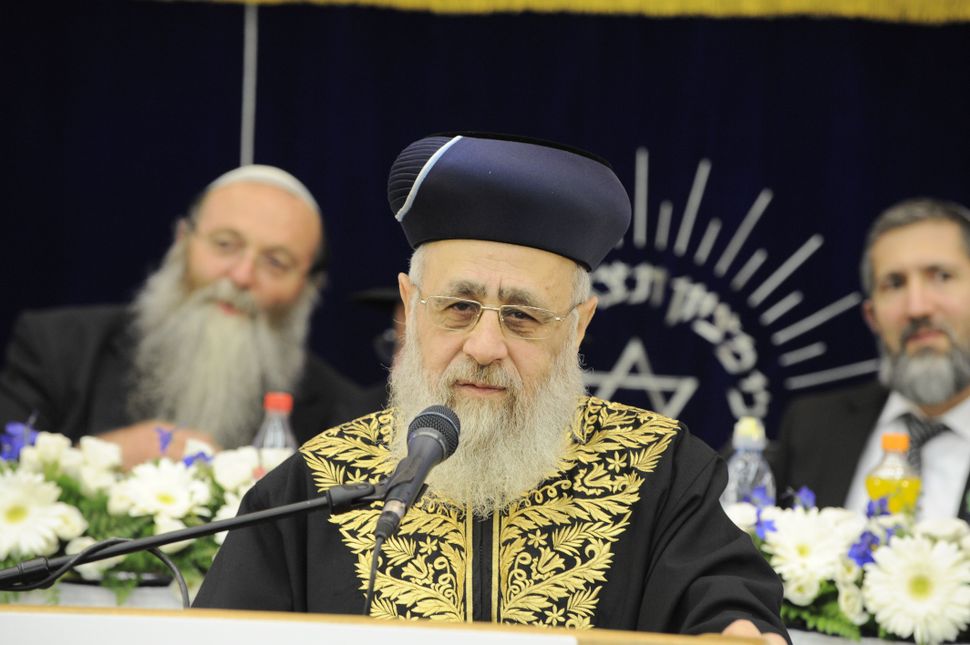 JERUSALEM (JTA) — An Israeli court ordered the Interior Ministry to register as Jewish a woman converted by a private Orthodox conversion court.

The decision by the Jerusalem Municipal Court was publicized on Thursday.

The woman’s conversion in the summer of 2016 was performed in the Giyur K’Halacha court, which was founded three years ago and has grown to include more than 55 participating rabbis. Since its founding, Giyur K’Halacha has converted more than 600 individuals, nearly all of them children.

“Given that the individual went through a conversion, she should be registered as Jewish in the Population Registry,” Judge Aaron Farkash wrote in the court ruling.

However, the decision does not mean necessarily that the woman will have her Jewish status recognized by the Chief Rabbinate for life-cycle events, such as marriage, divorce and burial.

In March 2016, Israel’s Supreme Court ruled that private Orthodox conversions could be recognized under the Law of Return. Subsequently, Minister of Interior Aryeh Deri floated a conversion law that would have given the Chief Rabbinate an absolute monopoly on conversion in Israel. The legislation was suspended and a committee headed by former Likud government minister Moshe Nissim was slated to be appointed to draw up more palatable legislation.

Three months ago, Nissim presented recommendations to overhaul the state conversion system, including a new state-run Orthodox authority not under auspices of the Chief Rabbinate. His recommendations have not yet been taken up by the Knesset.

Rabbi Seth Farber, director of Itim, an organization that seeks to help Israelis navigate the country’s religious bureaucracy filed the lawsuit on behalf of the Giyur K’Halacha convert. Farber said the court’s decision “not only gives legitimacy and standing to the Giyur K’Halacha courts, but also opens the door to thousands of young families who wish to fully join the Jewish people and have identical rights in Israel to other Jews.”

The president of the Giyur K’Halacha court, Rabbi Nahum Rabinovich, is one of the senior rabbis of the religious Zionist movement.