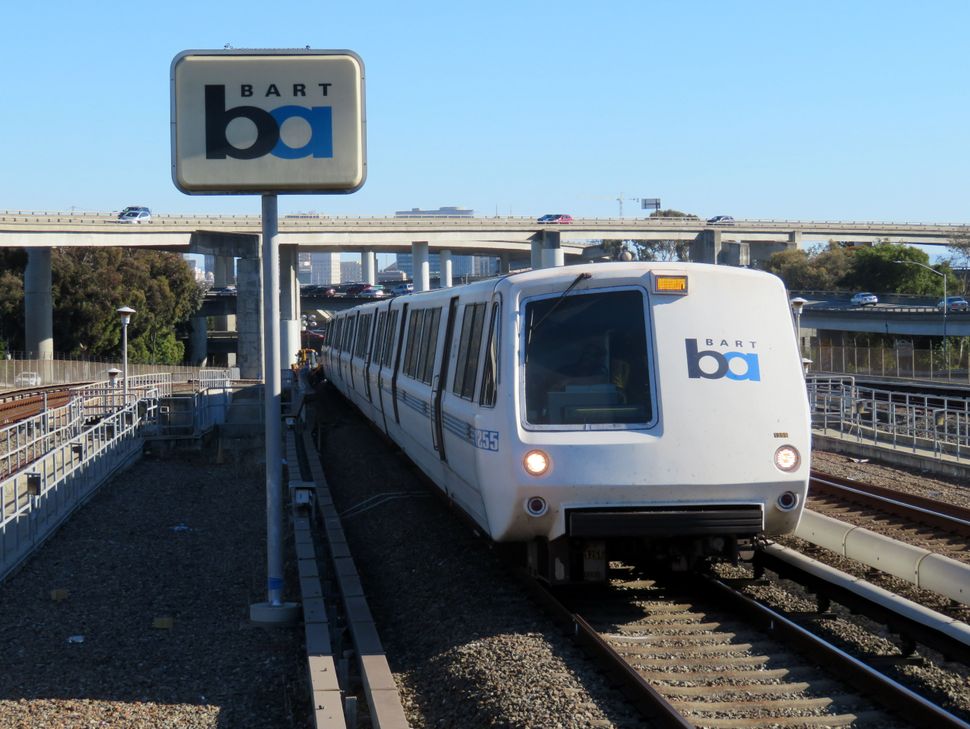 A BART train in San Francisco. Image by Wikipedia

(JTA) — The Bay Area Rapid Transit in San Francisco accepted an ad from the Institute for Historical Review, a known Holocaust-denying group.

The ad, which shows a map of the world overlaid with the words “History Matters” and the name of the group, will run through the month of September on digital boards in two BART stations, J. The Jewish News of Northern California reported.

BART spokeswoman Alicia Trost told the newspaper that as a governmental agency, BART cannot reject ads based solely on the identity of the advertiser. While it can refuse ads based on language and appearance, the new ad does not contain offensive imagery or text, Trost said. BART did require the group to remove its web address from the ad.

The $6,000 ad buy was the first ever by the Institute for Historical Review, which is considered a hate group by the Southern Poverty Law Center. The About section on its website says that it is “an independent educational center and publisher that works to promote peace, understanding and justice through greater public awareness of the past, and especially socially-politically relevant aspects of modern history.”

It later says: “We work to provide factual information and sound perspective on US foreign policy, World War Two, the Israel-Palestine conflict, war propaganda, Middle East history, the Jewish-Zionist role in cultural and political life, and much more.”

Among the linked articles on its website is one suggesting that Israel knew in advance about the 9/11 attacks, another about “Liberating America from Israel” and several about Holocaust denier David Irving.