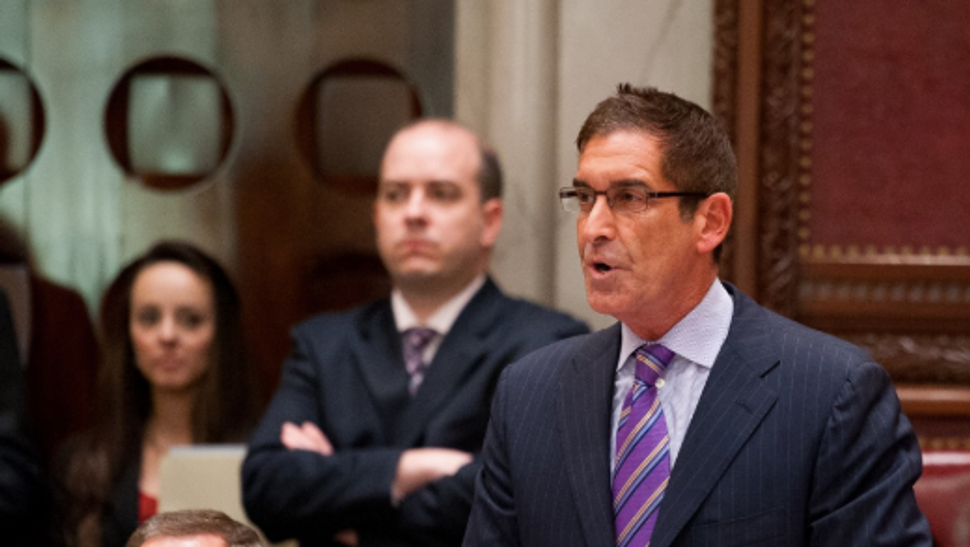 Jeff Klein, a controversial New York Senate kingmaker, lost a primary for the Bronx seat he has held for 14 years as insurgent candidates made huge gains across the board.

Klein was behind challenger Alessandra Biaggi, who had 55% of the votes with more than 95% counted. Media outlets declared her the winner.

Klein, who has held the seat since 2004, led a rump group of Democrats who handed control of the Senate to Republicans, sparking widespread anger among mainstream Democrats and progressives.

He rejoined the mainstream Democratic caucus last spring as did the other members of the so-called Independent Democratic Caucus. But with liberal rage running high in the age of Trump, insurgents lined up to run against them anyway.

Klein was a local fixture in the district, which was gerrymandered to link majority white neighborhoods with substantial Jewish populations in Riverdale and across the borough in the East Bronx around Co-Op City.

He faced challenges before but never like the fight Biaggi mounted. She is the scion of a famed political family and the granddaughter of former Rep. Mario Biaggi.

Despite her establishment roots, Biaggi successfully ran as a progressive and tarred Klein as a tool for Republicans. Klein spent an eye-popping $2 million to hold on to the seat but it was not enough.

Another member of Klein’s group, Sen. Jesse Hamilton, lost his race in brownstone Brooklyn, along with several others in Queens, upper Manhattan and even an upstate district.

Simcha Felder, who controls the balance of power in the Senate for now, won a hard-fought victory against a little-known challenge in his heavily Orthodox district.

Julia Salazar, a Jewish insurgent, also toppled incumbent Martin Dilan, who was perceived as too moderate and an ally of landlords.