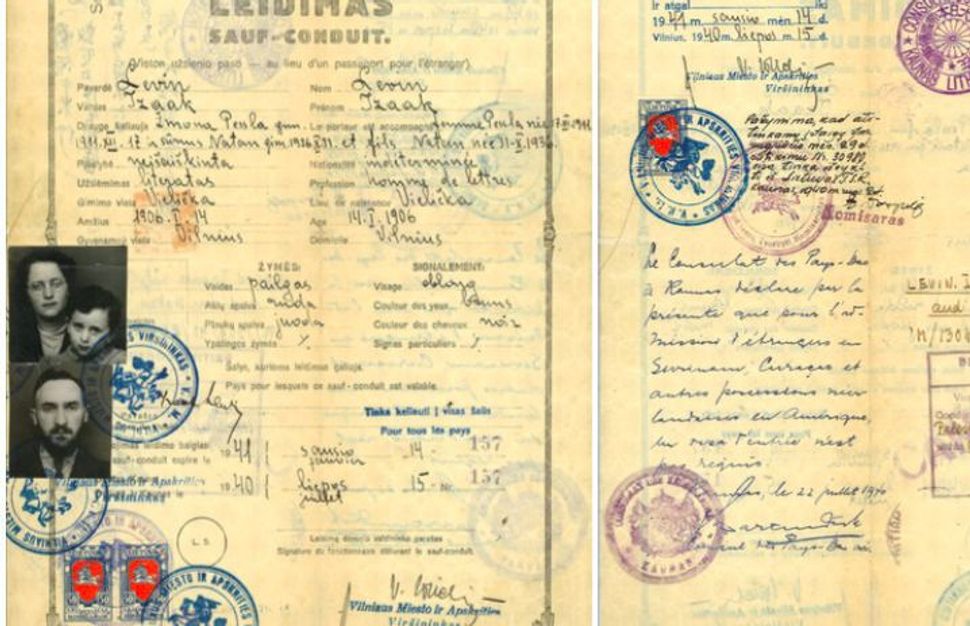 Image by Courtesy of Alyza Lewin

Nobuki Sugihara, who visited the archives in Vilnius last week, found out that the seals and signatures on some visas said to have been issued by his father differ from those on the Japanese consulate’s official documents, the LETA news agency reported last week.

Some of the forged visas were issued after the closure of the Japanese consulate in Kaunas, the archive said. The report did not say who may have forged the visas, or why and when.

Sugihara lived in Kaunas, Lithuania’s second city, between 1939 and 1940 and opened Japan’s consulate there.

In 1940, he gave transit visas into Japan to some thousands of Jews fleeing the Nazis. The recipients had destination visas into Curacao, an island that was a Dutch colony, supplied to them by Jan Zwartendijk, the Dutch honorary consul in Kaunas.

With those visas, the recipients were able to travel through the Soviet Union, escaping the Nazis. Both men acted without the approval, and sometimes in defiance, of their superiors.