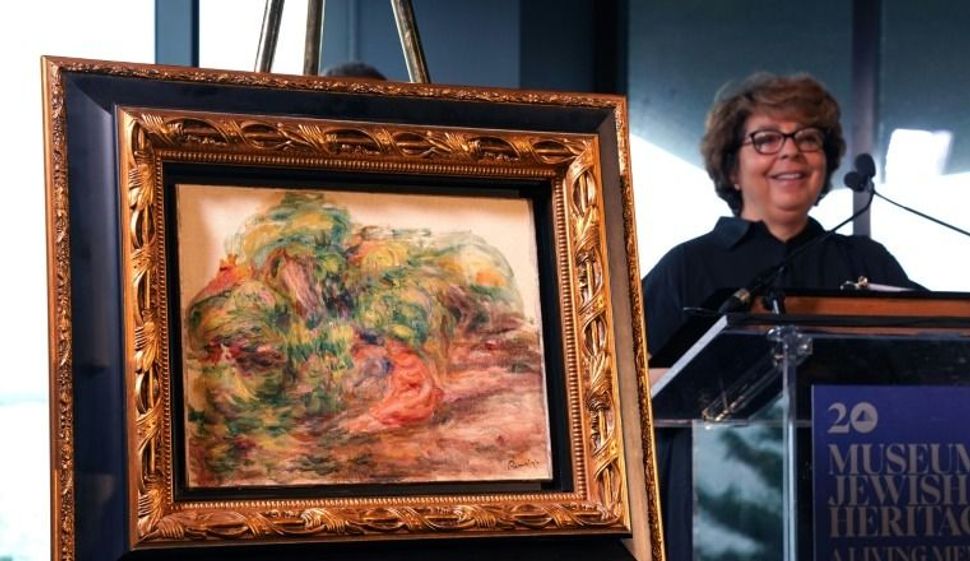 (JTA) — A Renoir painting that the Nazis stole from a Paris bank vault was returned to the heir of its owner.

On Wednesday, U.S. authorities returned the 1919 work “Deux Femmes Dans Un Jardin” to Sylvie Sulitzer of France, the last remaining heir of her grandfather Alfred Weinberger, at the Museum of Jewish Heritage in New York. The painting by the famed Impressionist is worth at least $300,000.

Although Sulitzer knew her grandfather, she had no idea about the missing Renoir until a German law firm, specialists in recovering art looted by the Nazis from Jewish families, contacted her in the early 2010s, Agence France-Presse reported.

“I’m very thankful to be able to show my beloved family wherever they are that after all they’ve been through, there is justice,” Sulitzer said.

Her grandfather was a prominent art collector in prewar Paris.

Four other Renoirs and a Delacroix, which her grandfather also owned, have yet to be recovered, Sulitzer told AFP.

The Nazis stole the art in December 1941 from the bank vault where Weinberger stored his collection when he fled Paris at the outset of World War II.