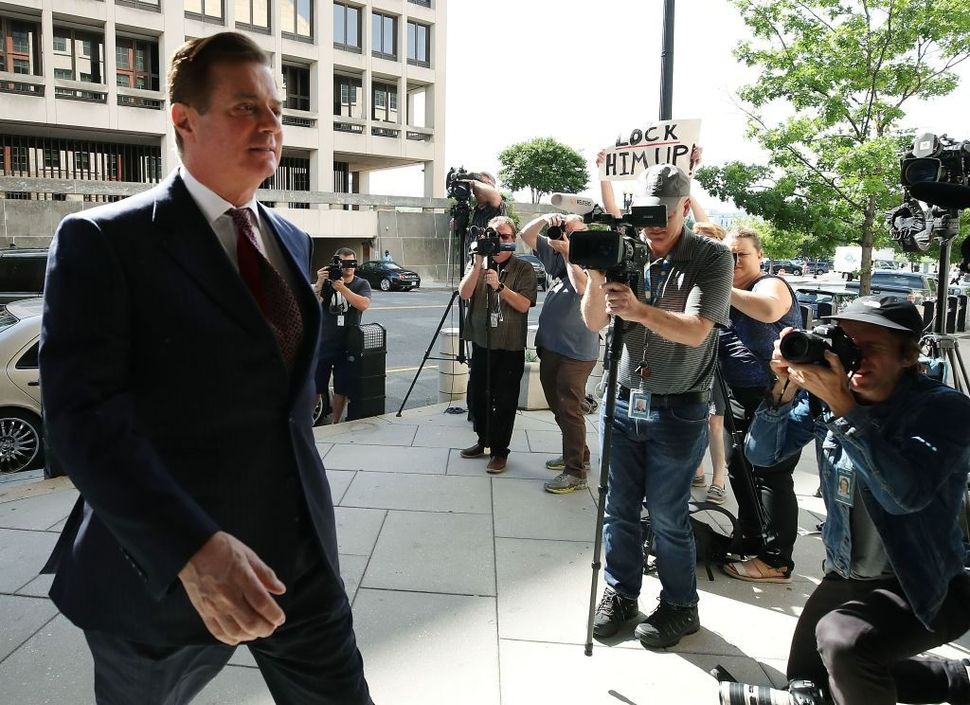 Paul Manafort told his pro-Russian clients that he could get “Obama Jews” to support them by accusing Ukrainian government leaders of anti-Semitism, according to his guilty plea in Special Counsel Robert Mueller’s criminal case.

President Trump’s disgraced ex-campaign manager in 2012 vowed to undermine the Ukrainian opposition figure Yulia Tymoshenko by convincing key American decision-makers that she was an anti-Semite, according to the filing, which describes Manafort’s illicit lobbying for the nation’s former pro-Russian president.

Manafort wrote in communications cited in the filing that he would orchestrate accusations that an unnamed member of President Obama’s cabinet had supported anti-Semites by criticizing the mistreatment of Tymoshenko, who at the time was in a Ukranian prison.

“Obama Jews” will pressure the administration to bank Manafort’s client, then-president Viktor Yanukovych, Manafort wrote. “The Jewish community will take this out on Obama on election day if he does nothing.”

Manafort’s exploitation of anti-Semitic theories of Jewish power to gain leverage with his Ukrainian clients was previously unknown. He scored millions in illicit contracts from the pro-Russian Ukrainians, deals that eventually attracted scrutiny from federal investigators.

Manafort worked with an Israeli government official to write a statement condemning support for Tymoshenko, and sought to get it placed in American media.

He appeared to boast of his less-than-savory business style by using ‘Sopranos’-style language.

“I have someone pushing it on the (New York) Post,” Manafort wrote, referencing the Rupert Murdoch-owned tabloid. “Bada bing bada boom.”

Although he never got that story to run, Breitbart News did publish a 2012 headlined “Jewish Leaders Blame Hillary Clinton For ‘Legitimizing’ Ukraine’s Neo-Nazi Party.”