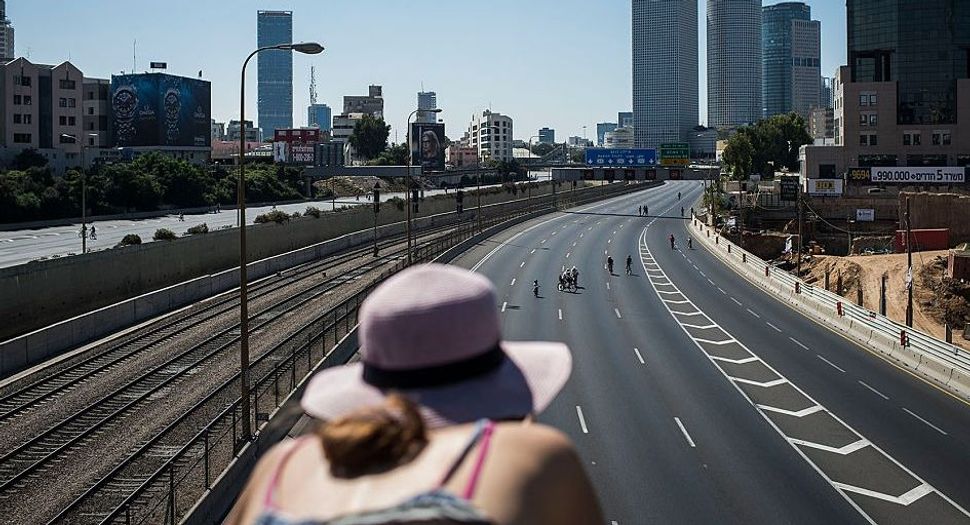 Yom Kippur, the holiest day in the Jewish calendar, is a time when many non-regular Israeli synagogue-goers take time to pray. It is also an annual opportunity for children to ride their bicycles on deserted streets.

Almost all Israeli road traffic stops on Yom Kippur as most of the country’s Jewish majority refrains from driving. Roads and main highways are deserted and left clear for children to enjoy without much fear of encountering a motor vehicle.

On Wednesday, scores of children went out to ride their bicycles, scooters and skateboards on a main road that separates the Israeli urban settlement of Pisgat Zeev from the Palestinian neighborhood of Beit Hanina, both in East Jerusalem.

Israeli children rode freely on the main road that leads into the heart of Jerusalem, where there were similar scenes on the deserted highways west of the Old City.

A few Palestinian children also took advantage of the open roads to have fun. In their own area, traffic ran freely and streets were bustling.