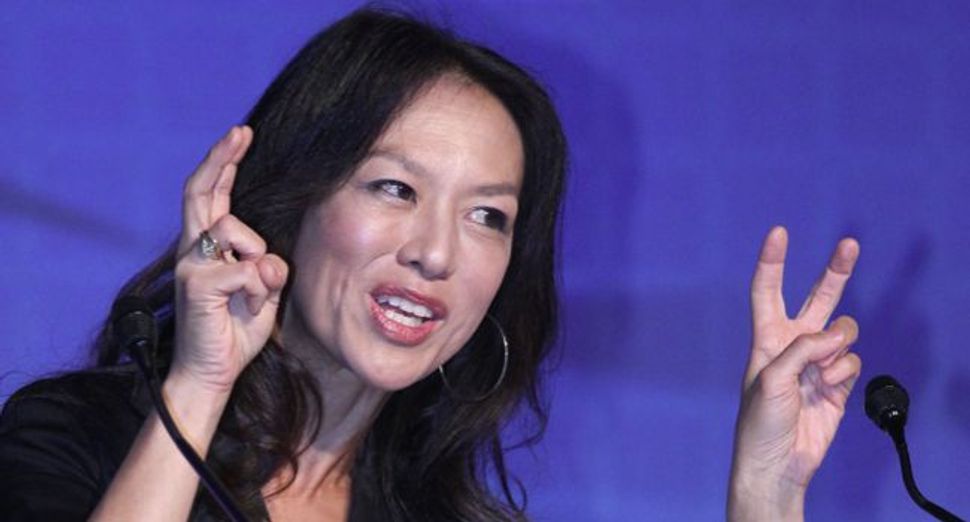 Tiger Mom: Amy Chua offers some insights as to why some cultural groups, like Jews, succeed while others don?t. Image by Getty Images

A former Yale Law School student said that a few years ago she was warned by a professor during her clerkship interview process that Judge Brett Kavanaugh liked his female clerks to have a “certain look,” HuffPost reported.

The outlet reported that Jed Rubenfeld and his wife, Amy Chua — author of the 2011 book “The Battle Hymn of the Tiger Mother” — were the professors doling out the advice on Kavanaugh, the Supreme Court candidate accused of sexually assaulting a girl when they were in high school.

Although Rubenfeld told the student that Kavanaugh, then a well-known judge on the D.C. Circuit Court of Appeals, was known to hire female clerks with a “certain look,” he assured her that he hadn’t heard anything further.

The student, who asked to remain anonymous, also said Chua advised her to be and dress “outgoing.”

“[Chua] strongly urged me to send her pictures of what I was thinking of wearing so she could evaluate,” she told HuffPost. “I did not.”

Asked for a response, Chua told HuffPost: “For the more than ten years I’ve known him, Judge Kavanaugh’s first and only litmus test in hiring has been excellence.”

Chua and Rubenfeld’s daughter recently accepted a clerkship with Kavanaugh.

“As I wrote in the Wall Street Journal, he has also been an exceptional mentor to his female clerks,” Chua continued in the statement. “Among my proudest moments as a parent was the day I learned our daughter would join those ranks.”