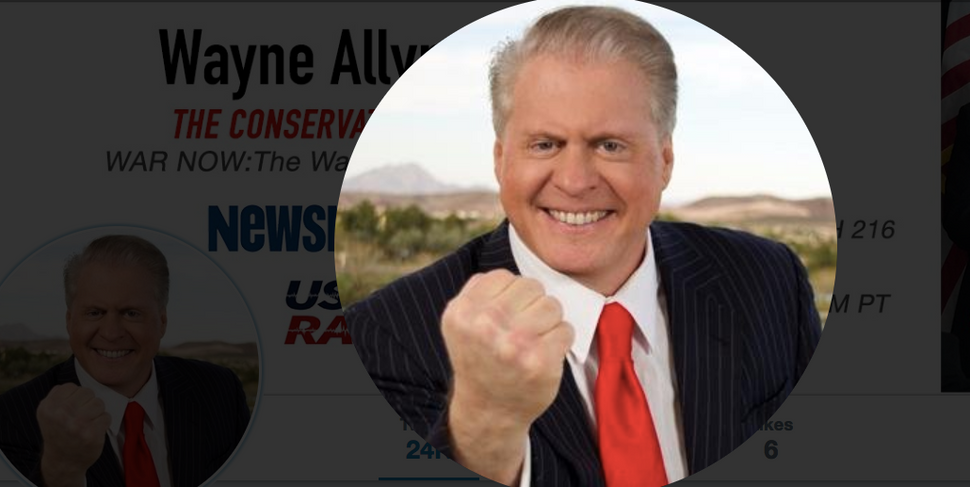 Trump is apparently playing to the farthest right crowd as he mounts a political trip to ostensibly boost Sen. Dean Heller, a Republican senator who is struggling to survive as the only GOP incumbent in a state that Hillary Clinton carried in 2016.

Root claimed on Twitter that Trump personally intervened to get him the coveted spot before the president at the rally. A radio host and author, Root may have ingratiated himself with Trump with his book: Angry White Male: How the Donald Trump Phenomenon is Changing America.

Root famously blamed the mass killing on ISIS even though it turned out to have been committed by a homegrown white male killer.

He also said he suspects George Soros of paying off actors to impersonate white nationalists at the Charlottesville rally last year. Far right wing figures and anti-Semites often use Soros as a dog whistle signifying a Jewish dominated global conspiracy.

He recently launched an unhinged rant on radio blaming various Democratic figures for the 2016 murder of Rich, which he and other far right wing commentators believe was carried out to silence Rich or punish him for supposedly leaking Democratic National Committee secrets to Russia.

“He was murdered because he was the guy that gave all the DNC files to Julian Assange and Wikileaks,” Root asserted on his radio show, even accusing disgraced ex-New York Attorney General Eric Schneiderman as a possible culprit. “It sure seems to me to point to leading Democrats—Debbie Wasserman Schultz, the DNC, the Clintons, Hillary Clinton, all the above, Donna Brazile—all the above seem to be mixed up in this, they all had a motive to kill this guy.”

I think Seth Rich murder is HUGE issue.I understand people and psychology. Something is VERY wrong.