Israel May Recognize Catalonia If Spain Does So For Palestinians 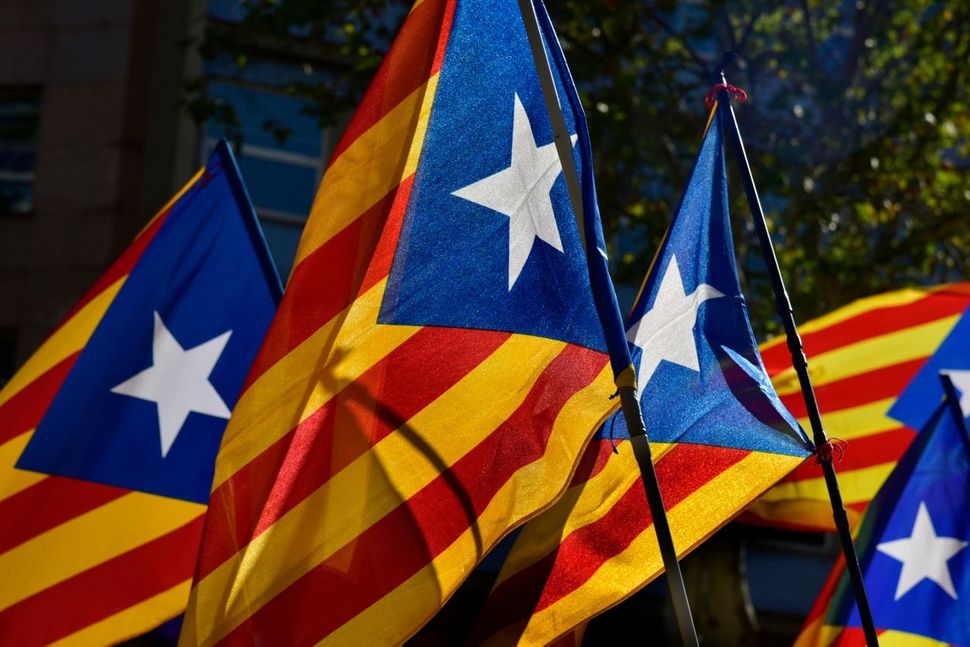 (JTA) — Spanish recognition of Palestinian statehood may well prompt Israel to do the same for Catalonia, a prominent Madrid-based lobby group for the Jewish state said.

The head of the ACOM group, Angel Mas, issued the warning last week in an op-ed for the ABC daily. It came amid reports — which were confirmed Thursday by Spanish Foreign Minister Minister Josep Borrell — that Spain is pushing for recognition of what is call the State of Palestine by the European Union and will recognize it regardless of the bloc’s position.

But if that happens, Mas wrote, “there is a real possibility that Israel will decide to recognize Catalonia as a state.”

Catalonian separatism plunged Spain into a major crisis in October. Federal police clashed with voters over an illegal referendum on independence and the region’s parliament in Barcelona passed a motion declaring independence from Spain despite the federal government’s warning to desist. Madrid dissolved the regional government in a bid to block secession.

ACOM is one of Spain’s most high-profile organizations defending Israel and has won dozens of court cases, thanks to private funding by donors, against organizations promoting a boycott of Israel. On Sept. 4, a court in Huelva in southwestern Spain scrapped a vote by the town of Ayamonte that declared the municipality part of Boycott, Divestment and Sanctions movement against Israel, or BDS. The Spanish judiciary considers such actions discriminatory.

Asked about ACOM’s analysis on the probability of Israeli recognition for Catalonia, Emmanuel Nahshon, the top spokesperson of Israel’s Ministry of Foreign Affairs, told JTA: “I do not comment on speculations.”

Israel May Recognize Catalonia If Spain Does So For Palestinians