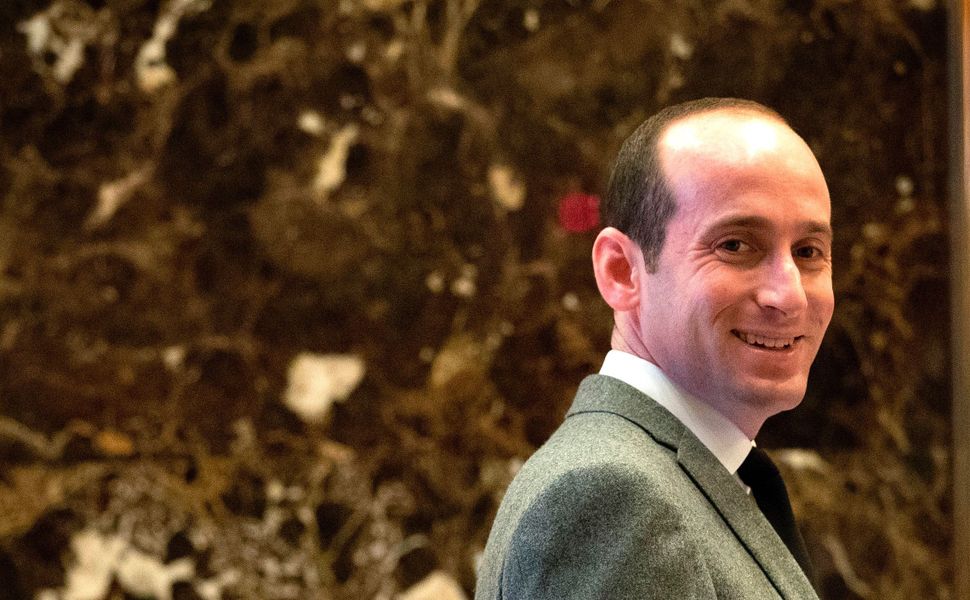 Top officials weren’t invited to the meeting where White House adviser Stephen Miller advocated for cutting the number of refugees allowed in the U.S. to the lowest level in 40 years, NBC News reported.

The meeting last Friday didn’t include U.N. Ambassador Nikki Haley and the head of the U.S. Agency for International Development, Mark Green, according to two people familiar with the matter. Those officials have proven more lenient on refugees seeking asylum.

Defense Secretary James Mattis was also missing. In earlier conversations, Mattis and Secretary of State Mike Pompeo opposed reducing the ceiling, according to NBC. On Monday, Pompeo announced that the refugee cap would sit at 30,000 in 2019, its lowest level since 1980.

There was no explanation for the change or how the number was determined.

It’s another victory for Miller, the Jewish aide with a hardline stance on immigration. He has for pressed cutting the refugee program even lower, to about 25,000 people, while the initial agreed-upon ceiling reached 45,000, the New York Times reported.

Miller was a vocal supporter of the the zero-tolerance border policies enacted earlier this summer, in which thousands of children were separated from their families. He is also credited with crafting last year’s controversial travel ban.