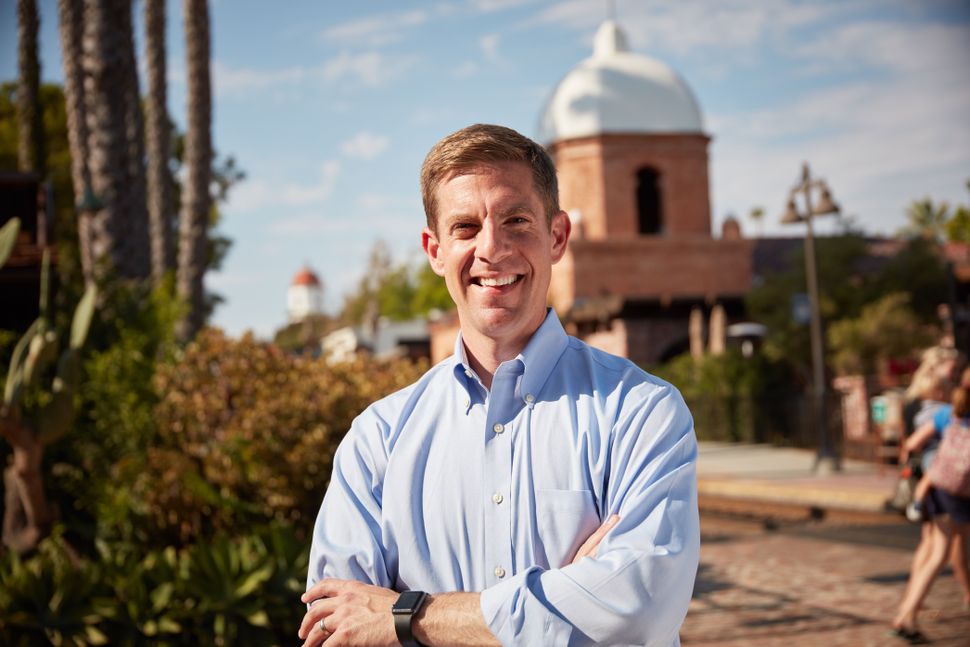 Mike Levin is up by 10 points in his bid to flip a key Orange County, California swing congressional district, according to a recent New York Times live poll.

Levin, whose father is Jewish and mother’s family hails from Mexico, garnered 51% support among the 507 potential voters. His Republican opponent, Diane Harkey, managed 41% and 8% of respondents said they were undecided.

Issa narrowly won in 2016 and Hillary Clinton carried the district by 7.5 points. The area, which stretches north from San Diego along the coast, has also been trending Democratic, in part as a reaction to President Trump’s more divisive language and governing style.

Voters in the district also appeared to disapprove of Trump’s economic policies, at a time when Republicans are running on strong growth and low unemployment.

The area also seems to mirror a growing gender gap that is hurting the GOP. Democrats got support from 57% of women and just 44% of men. The poll has a 4.7% margin of error.