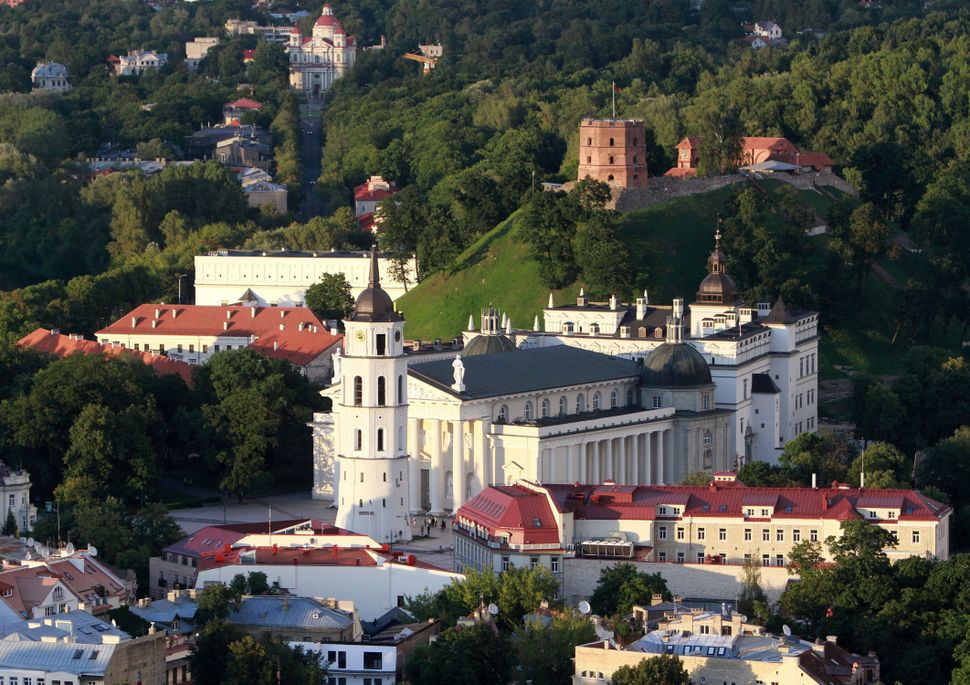 (JTA) — Pope Francis prayed at the site of the former Vilnius Ghetto in Lithuania on the 75th anniversary of its liquidation.

He offered the prayers on Sunday in the presence of survivors and Jewish community leaders at the site.

He also led a mass for more than 100,000 in Kaunaus, the second largest city in Lithuania. “Seventy-five years ago, this nation witnessed the final destruction of the Vilnius Ghetto; this was the climax of the killing of thousands of Jews that had started two years earlier,” he said.

Lithuania observes September 23 as the Day of Remembrance of Lithuanian Jewish Victims of Genocide. On that day in 1943, 70,000 Jews were taken from the ghetto to Ponary forest, where they were shot and buried in mass graves. The murder of these 70,000 Jews together with another 130,000 from the rest of the country marked the end of a centuries-old Jewish community that had made Lithuania a world center of Jewish scholarship and culture, according to a statement from the American Jewish Committee.

“In these days, I reserve a special thought for the Jewish community,” the Pope said, calling for “dialogue and the shared commitment for justice and peace.”

He also honored victims of Soviet-era persecution later on Sunday during a visit to a museum in the former KGB building in Vilnius where regime opponents were tortured and killed.

Francis spent two days in Lithuania, he also is scheduled to travel to Latvia and Estonia to mark their 100th anniversaries of independence.