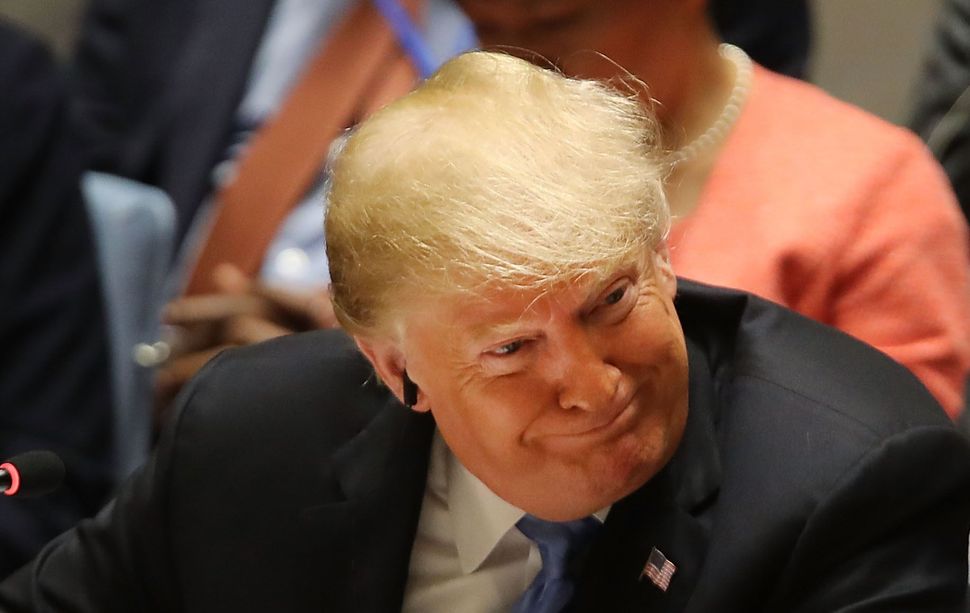 With trademark shrugs and eye-rolls, Trump appeared to have little grasp of the complexity of the Israeli-Palestinian peace process and made no effort to hide that he has no strong feelings about what path the U.S. should support.

He also gave an backhanded endorsement to son-in-law Jared Kushner, who is leading a stillborn effort to jumpstart stalled peace talks.

“Jared loves Israel,” Trump told reporters, before adding that he is trying to be a neutral mediator between Israel and the Palestinians.

Trump claimed he would unveil a new U.S. blueprint for peace in the next couple of months but did not explain why the rollout has already been repeatedly put off.

Earlier, Trump appeared to startle Netanyahu by proclaiming his support for a two-state solution after a meeting at the United Nations General Assembly.

“I like a two-state solution. That’s what I think works best … That’s my feeling,” said Trump.

Netanyahu has said any future Palestinian state must be demilitarized and must recognize Israel as the state of the Jewish people – conditions that Palestinians say show he is not sincere about any permanent solution to the conflict.

The United States’ Arab allies and the entire international community back a two-state solution, meaning a Palestinian state in the Israeli-occupied West Bank and Gaza.

A one-state solution would involve Israel permanently ruling over Palestinians in the West Bank and Gaza, which presumably would include giving them full rights to vote.

Doubts have mounted over whether Trump can secure what he has called the “ultimate deal” as months go by with little serious effort to mount a peace effort.—Reuters