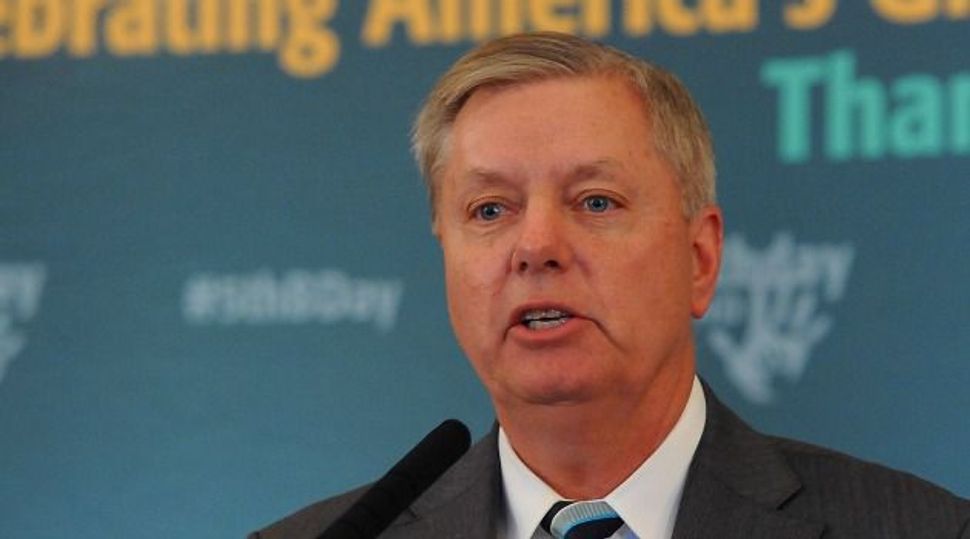 When an activist attending the Senate Judiciary Committee hearings into allegations against Supreme Court nominee Brett Kavanaugh approached Sen. Lindsey Graham with her own story of sexual assault during a recess, he reportedly waved her off.

“Senator Graham, I was raped 13 years ago,” Robyn Swerling told Graham, according to CNN.

“I don’t remember the exact date, but do you believe me?” Swerling asked.

Swerling, founder of Works in Progress, an organization that fights against sexual and gender-based harassment, tweeted about her experience with the South Carolina Republican.

That was me! @LindseyGrahamSC said he did not believe Dr. Ford because she couldn’t recall the exact date of the assault. I told him I was raped 13yrs ago but don’t know the date. So would he believe me?

He said “I’m sorry, but then you should go to the cops.”#BelieveSurvivors https://t.co/UERpDmvBU9

Here’s video of my exchange with Senator Graham, courtesy of @CNN and @SuzanneMalveaux. If @LindseyGrahamSC wants to talk further, I’d love to chat about why “go to the cops” is a horrifically insensitive and dismissive thing to say to a rape survivor.https://t.co/ifDLOGDDzY

Swerling is a Jewish activist and feminist. She published an essay Tuesday in HuffPost detailing her assault.

Today I felt powerful and strong as part of a beautiful Jewish contingent that confronted fascists while singing Olam Chesed Yibaneh (We will build this world with love).

I am tired and wet but my heart is full. DC showed up today. #ShutItDownDC #A12