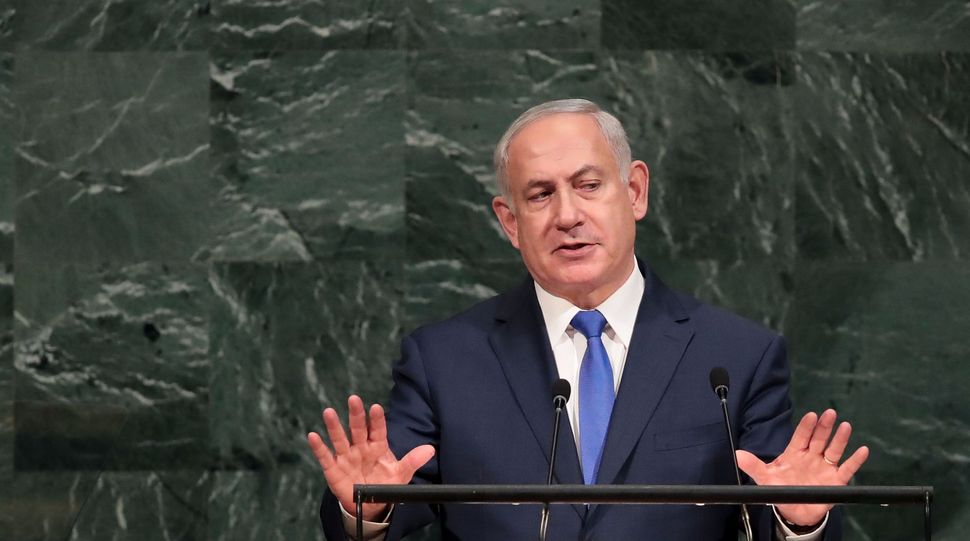 Israeli Prime Minister Benjamin Netanyahu described on Thursday what he said was a secret atomic warehouse in Tehran and accused Europe of appeasing Iran as he sought to rally support for U.S. sanctions against the Islamic Republic.

Addressing the United Nations General Assembly, Netanyahu showed an aerial photograph of the Iranian capital marked with a red arrow and pointed to what he said was a previously secret warehouse holding nuclear-related material. He argued this showed Iran still sought to obtain nuclear weapons, despite its 2015 agreement with world powers to curb its program in exchange for loosening of sanctions.

Netanyahu spoke 4-1/2 months after U.S. President Donald Trump withdrew from the accord, arguing it did too little to rein in Tehran’s nuclear ambitions and triggering the resumption of U.S. economic sanctions on Iran.

Netanyahu said the site contained some 15 kilograms (33 pounds) of radioactive material that has since been moved and called on the U.N. atomic agency to inspect the location immediately with Geiger counters.

“I am disclosing for the first time that Iran has another secret facility in Tehran, a secret atomic warehouse for storing massive amounts of equipment and materiel from Iran’s secret nuclear program,” Netanyahu said.