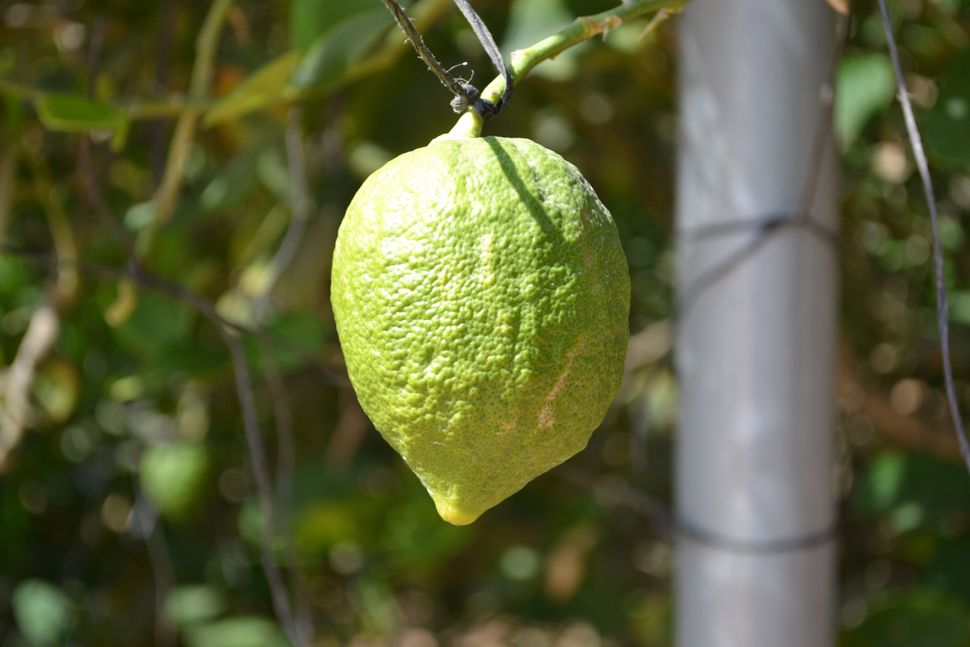 AMSTERDAM (JTA) — Following record-breaking temperatures in the Netherlands, a tree planted years ago by a Jewish woman near the capital produced what may be the country’s first naturally grown etrog fruit in decades.

Rachel Levy eight years ago planted several seeds of an etrog tree, a citrus whose fruits are used for ceremonial purposes on the holiday of Sukkot, in a pot on her balcony in Utrecht, the Organization of Jewish Communities in the Netherlands, or NIK, wrote in its weekly newsletter sent out Wednesday, during the weeklong holiday that ends on Oct. 2.

Most of the seeds, which came from a fruit that grew in Israel, did not germinate but one grew into a sapling that produced fruit for the first time this year, which featured the warmest summer in three centuries.

The single fruit is green and about the size of a large plum, and therefore far smaller than the fruit grown in Israel, Morocco and Italy for export during the holiday.

Etrog, or Citrus medica, is a subtropical fruit that originated in China, making its way from East Asia to India. It rarely survives the northern European winters of the Amsterdam region, which is situated one degree north of the latitude of Calgary, Canada. Levy told NIK she takes the sapling inside her home during the harsh winter but returns it to the balcony as soon at the thermometer rises beyond the point of freezing.