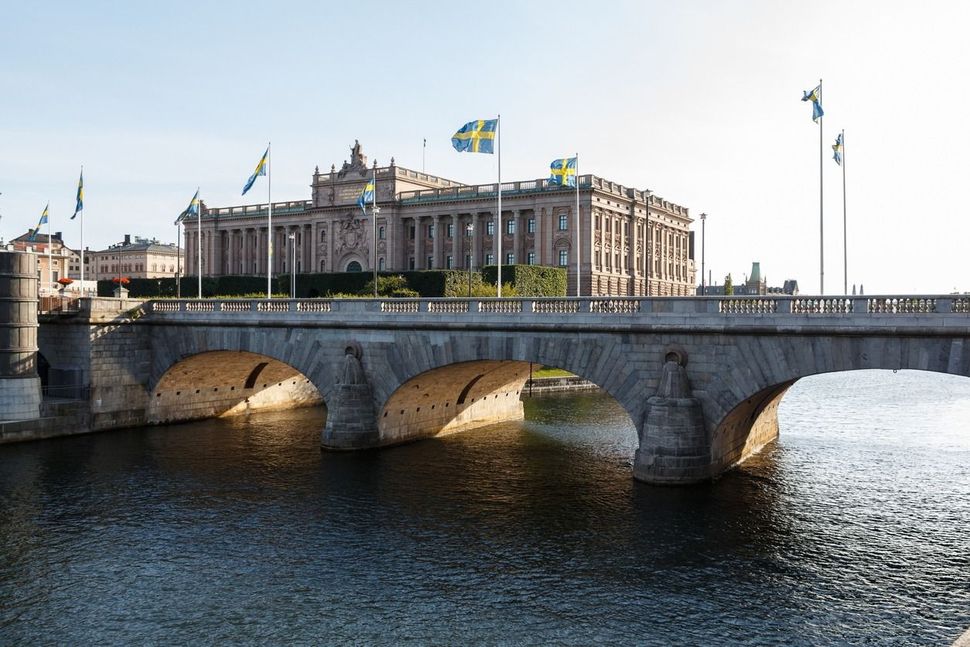 (JTA) – The Sweden Democrats, a right-wing populist party, submitted a draft motion urging their government to move its embassy in Israel to Jerusalem and recognize the city as Israel’s capital.

Bjorn Soder, a former leader and current lawmaker for the Sweden Democrats, submitted the draft motion to the Riksdag, or parliament, on Thursday. It would be read as a nonbinding resolution.

Sweden’s Sept. 9 election left the center-left bloc, whose policy on Israel was one of the most hostile in the European Union, with just one seat more than the center-right Alliance, with the Sweden Democrats as the third biggest group.

Subsequently, the Social Democrat former prime minister Stefan Lofven ended his term amid attempts to set up a governing coalition.

Whereas it has maintained a favorable attitude toward the Jewish state, the party has a long and problematic view of Jewish people. Ahead of the elections, regional politicians from Sweden Democrats were caught making anti-Semitic statements online, including using a picture of Anne Frank to mock Holocaust victims.

Martin Sihlén, representing the Sweden Democrats in Örkelljunga, in Sweden’s south, wrote on Facebook that “Hitler wasn’t so bad” and he “did not lie about Jews.” He also wrote that “international Jewry is thirsting for destroying Europe. It was ultimately not Germany who started the Second World War, it was the Jews.”