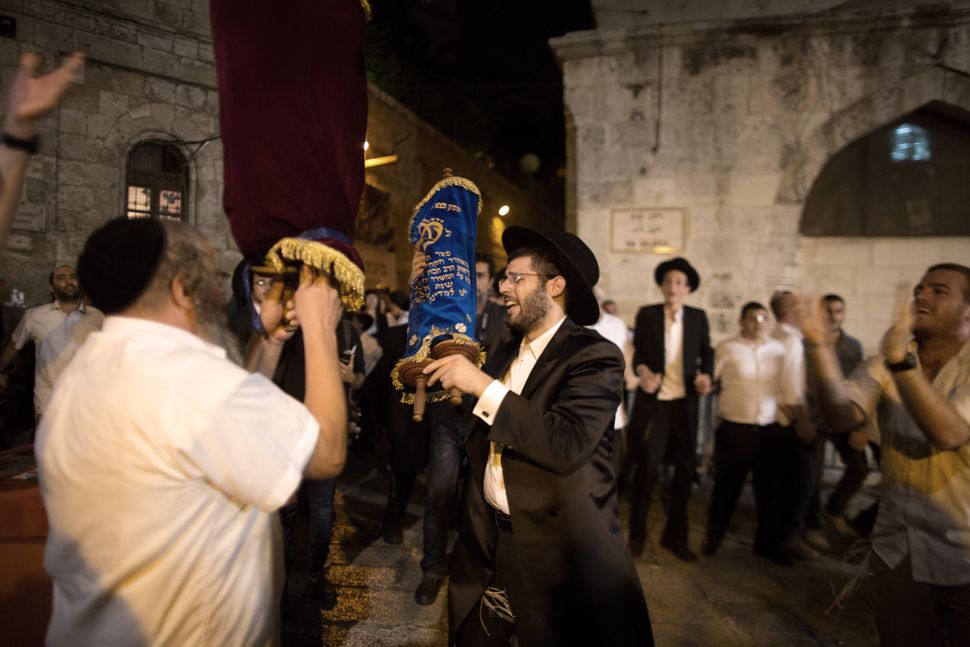 Ultra-Orthodox Jewish men on Monday danced with scrolls of the Torah, celebrating the religious holiday of Simchat Torah in one of Jerusalem’s oldest neighborhoods.

During the year, every Saturday in synagogue, devout Jews read a portion of the Torah, the first five books of the Hebrew Bible. Simchat Torah marks the reading of the final portion and the start of the cycle for the next year.

On Simchat Torah valuable parchment scrolls are taken from their places of safe-keeping in synagogues into the streets and devout men dance with them in a series of seven circuits that symbolize the restart of the reading of the Torah.

Simchat Torah marks the end of the week-long festival of Sukkot and is the final holiday of almost a month of festivities that includes the Jewish New Year and the solemn fasting day of Yom Kippur.