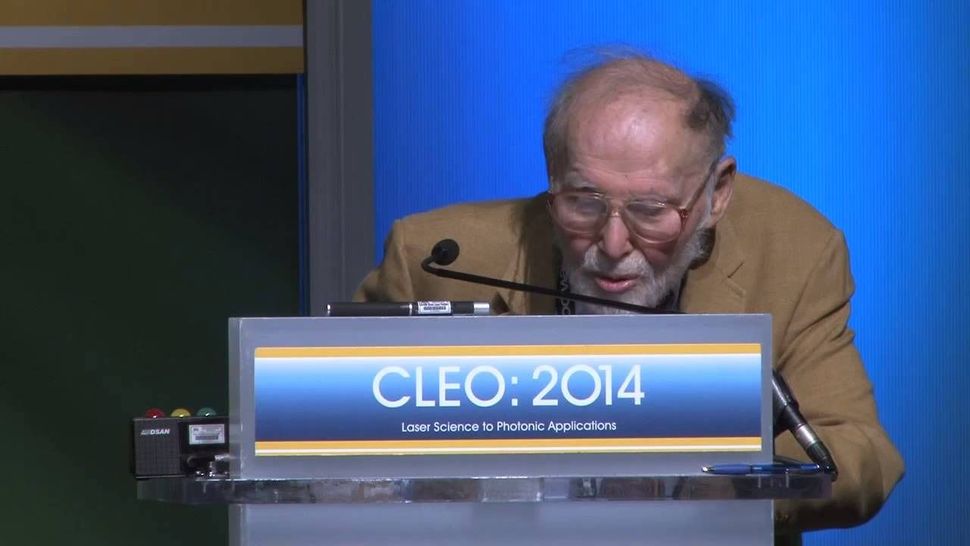 Arthur Ashkin was a recipient of the 2018 Nobel Prize in Physics. Image by YouTube

A Jewish physicist is one of three scientists awarded the 2018 Nobel Prize in Physics for the invention of revolutionary laser tools, the Guardian reported.

In 1986, Arthur Ashkin invented “optical tweezers,” a tractor beam-like technology that grabs viruses, bacteria and other living cells with finger-like lasers. Now, at 96, he’s the oldest person to be named a laureate for any of the Nobel awards, according to The Times of Israel.

The inventions created by Ashkin and his co-honorees Gérard Mourou of France and Donna Strickland of Canada have paved the way for more advanced tools used for corrective eye surgery, The Times reported.

Ashkin won half of the nine million Swedish kronor (about $1 million) prize, with Mourou and Strickland sharing the other half.

BREAKING NEWS⁰The Royal Swedish Academy of Sciences has decided to award the #NobelPrize in Physics 2018 “for groundbreaking inventions in the field of laser physics” with one half to Arthur Ashkin and the other half jointly to Gérard Mourou and Donna Strickland. pic.twitter.com/PK08SnUslK