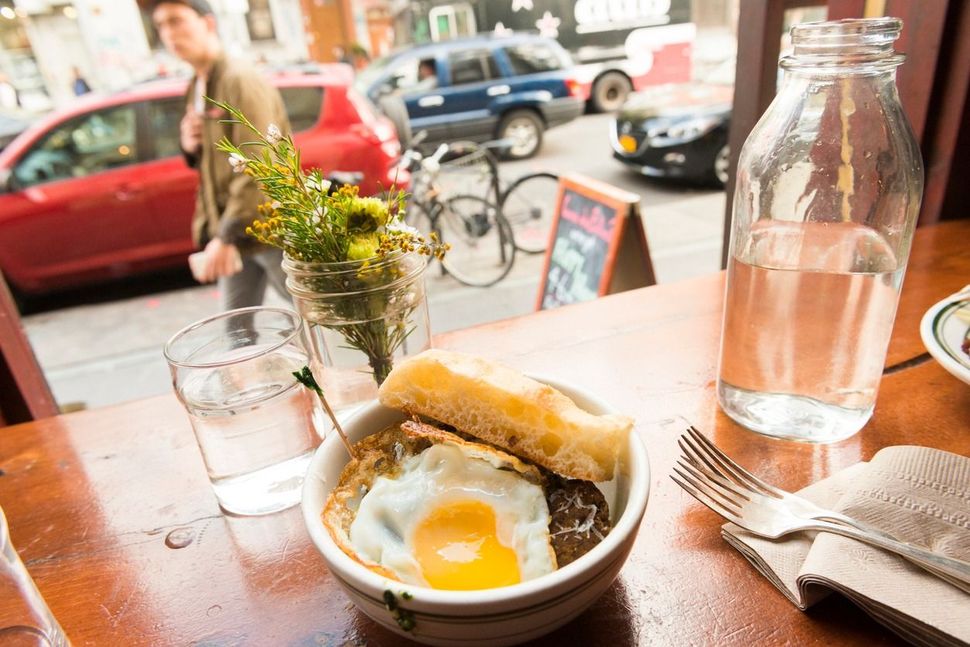 A new Brooklyn cafe temporarily closed following an online campaign that accused the owner of being a white supremacist, Gothamist reported.

Guy Sands, the owner of Sands in the East Williamsburg neighborhood, was listed as a white supremacist in a tweet that was retweeted and liked about 3,000 times, and investigated by Gothamist. It accused him of being affiliated with the Proud Boys, a far-right men’s organization, and running an alt-right Twitter account. The post also pointed to a Vanity Fair article, where he was listed as an guest at one of Milo Yiannopoulos’s soirees. As a result, Sands said he started receiving death threats, leading him to close the shop on September 26.

“I am a proud Brooklyn ordinary guy,” he told Gothamist. “I’m not a goddamn Nazi.”

He admitted to Gothamist that he had spent time with the Proud Boys but didn’t consider himself a member. In 2016, he went with them on an “investigatory” trip to the Republican National Convention and attended Yiannopoulos’s party. There, he told Vanity Fair that he was a “contrarian.”

Sands also said he was a lifelong Democrat, although Eater reported that he is a registered Republican.

Sands’s Yelp page became a forum against him, featuring angry comments that told him to “get the f—- out of Brooklyn” and urged diners not to visit.

“Owned by a white supremacist. Take your business elsewhere. Would give 0 stars if possible,” read one review.

Yelp flagged the page and announced it would remove comments written based on “news coverage” rather than personal experience. Recent reviews now feature negative comments about the food, according to Eater.

“I do not associate or identify with these groups in any way,” he wrote in an email to Eater. “Sands welcomes everybody.”