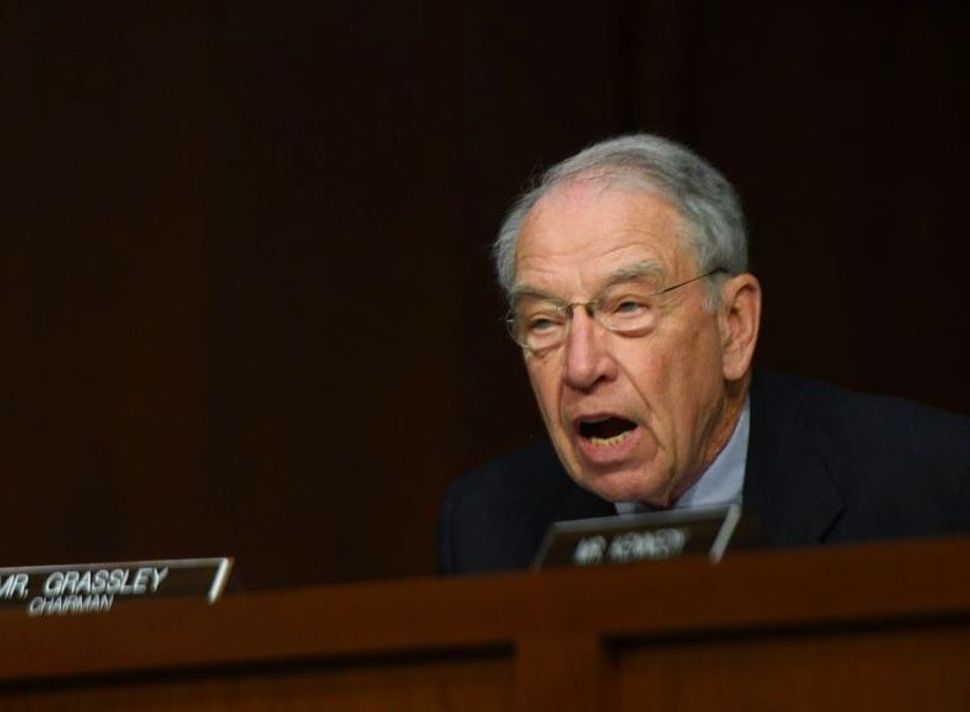 Sen. Chuck Grassley said Friday that he believes George Soros could have paid the protestors who confronted Sen. Jeff Flake in an elevator with their stories of sexual assault, in order to get him to vote against Supreme Court nominee Brett Kavanaugh.

“I have heard so many people believe that. I tend to believe it,” the Iowa senator said in response to his thoughts on the Soros rumor in an interview with Fox News. “It fits in his attack mode and how he uses his billions and billions of resources.”

Maria Bartiromo asked Chuck Grassley this morning if he thinks George Soros is paying the elevator protesters. “I have heard so many people believe that. I tend to believe it,” Grassley said. Trump tweeted the accusation about 80 minutes later pic.twitter.com/az8QtMZwma

Trump asked his followers to “look at all of the professionally made identical signs. Paid for by Soros and others.”

He continued: “These are not signs made in the basement from love!”

The protestors in the elevator, Ana Maria Archila and Maria Gallagher, marched to Flake’s office on Sept. 28 after they saw his statement of support for Kavanaugh. The day before, Christine Blasey Ford, who accused Kavanaugh of sexually assaulting her when they were in high school, read her emotional testimony in front of the Senate Judiciary Committee.