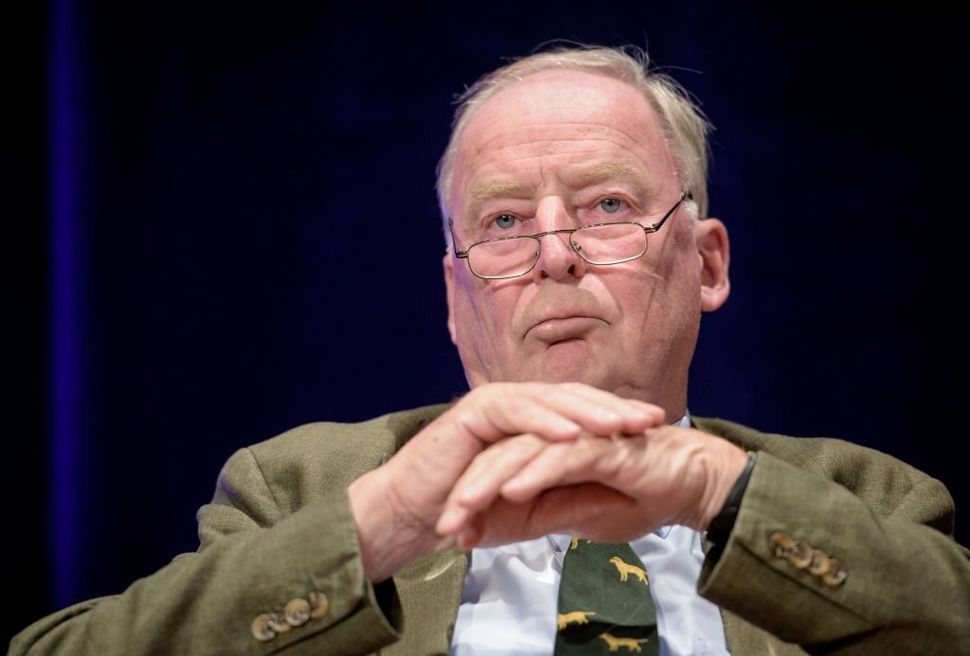 (JTA) – Germany’s Jewish umbrella organization and a host of other Jewish groups have joined to condemn the right-populist party Alternative for Germany – and to decry a new group that purports to represent Jews in the party.

The Central Council of Jews in Germany in a statement issued on Sunday said the AfD — which opinion polls show is gaining popularity – is racist and anti-democratic and “not an alternative for Jews.”

At least 17 other international and German Jewish organizations, including the American Jewish Committee, the Claims Conference, WIZO and Germany’s rabbinical programs, co-signed the statement, which was released the same day that the controversial group calling itself “Jews for the AfD” was launched in Wiesbaden.

Central Council head Josef Schuster claimed in the statement that the party – which alleges friendship for Israel and concern for the welfare of Jews in Germany – actually “supports anti-Jewish hate and Holocaust relativizing or even denial.”

Schuster noted that AfD leaders recently marched alongside neo-Nazis and hooligans in an anti-migrant demonstration in the city of Chemnitz, during which refugees and a Jewish restaurant owner were attacked.

According to the Deutsche Welle news agency, the group will be based in Berlin. Vera Kosova, the new group chair, told reporters Sunday that the party has distanced itself from anti-Semitism.

Meron Mendel, head of Frankfurt’s Anne Frank anti-racism education center, called the new group an unfortunate “PR coup” for the AfD, which claims to be the only party that deals directly with anti-Semitism from Muslims.

Germany’s Jewish student union, JSUD, also condemned the AfD and the party it backs. Some 250 Jewish students demonstrated against the new group in Frankfurt on Sunday. Dalia Grinfield, president of the student organization, told reporters the AfD would “not get a kosher label from us.”