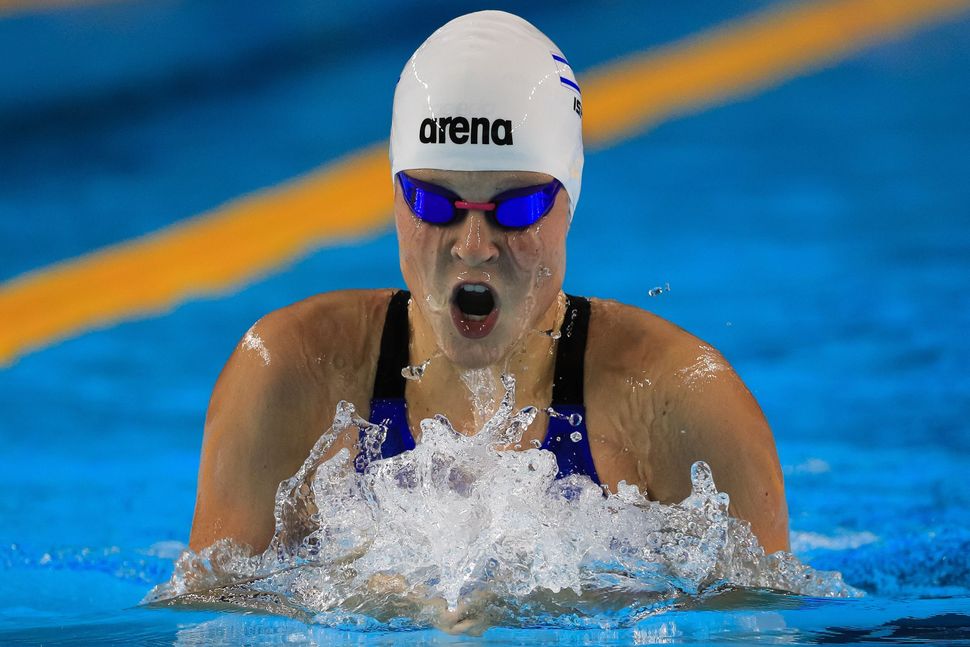 BUENOS AIRES (JTA) — Israel started the first day of the Youth Olympic Games in Buenos Aires with a gold medal in swimming.

Israel’s national anthem, “Hatikva,” was heard poolside during the medal ceremony on a podium with silver medalist Anja Crevar of Serbia, who finished the race one second slower at 2:13.98, and bronze medalist Cyrielle Duhamel of France, who finished at 2: 14:15.

The Israeli medalist is competing with swimmers who are up to three years older than her in the 18-and-under competition. She will participate in another three races.

Israel brought 19 athletes to the competition, who also are scheduled to meet with local Jewish youth and will visit the sites of terror attacks against the Jewish community in Buenos Aires.

After the games the Israeli athletes will remain in Argentina to visit the rebuilt headquarters of the AMIA Buenos Aires Jewish community center that was bombed in 1994, killing 85 and injuring hundreds. The team also will join Israeli ambassador Ilan Sztulman in a visit to the site of the Israeli embassy attacked in 1992 killing 29.