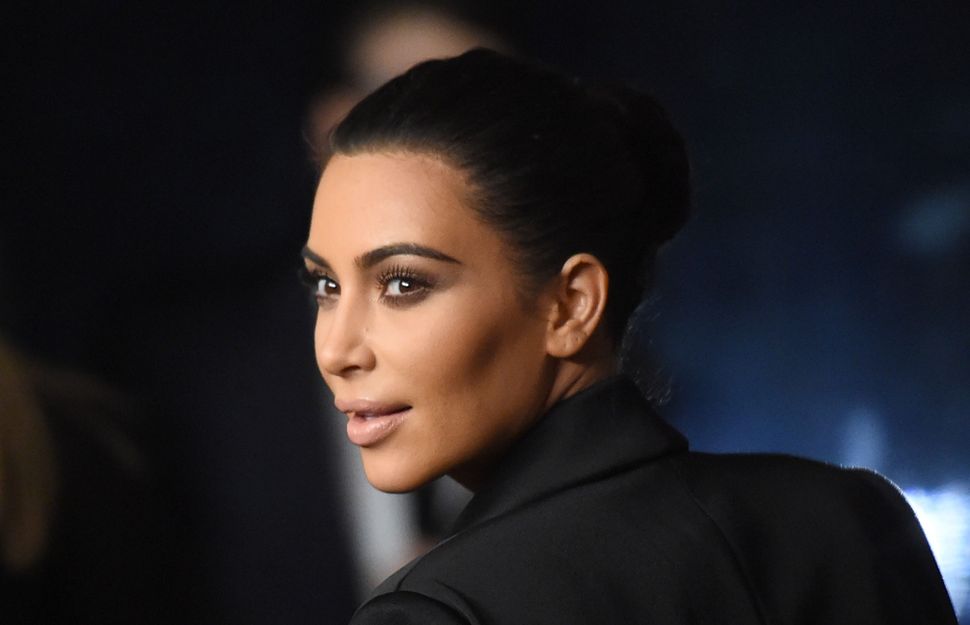 (JTA) — Kim Kardashian West will be recognized for helping to connect an organ donor and recipient through the Gift of Life Marrow Registry.

Kardashian West will be honored Oct. 29 with the first Gift of Life Impact Award at the Gift of Life Marrow Registry’s inaugural One Huge Night Gala in Los Angeles.

In September 2016, Kardashian West joined the drive to find a bone marrow donor for Adam Krief, a 31-year-old Jewish father of three from Israel, calling for help on her highly trafficked social media channels. Kardashian West’s Facebook page has over 29 million likes and she has over 48 million Twitter followers.

Through her actions, more than 10,000 new donors joined Gift of Life, and her actions led to four donor-recipient matches and one transplant.

A donor was found for Krief in December 2016, but he developed complications and died three months later. His widow, Leah Mantel Krief, will present Kardashian West with the award at the gala, which will feature meetings between two donor-recipient pairs that the reality show star helped connect: a 46-year-old man from Pennsylvania and a 31-year-old man from New York, and a 26-year-old Ohio woman with an 8-year-old girl from Kentucky.

Gift of Life also will present its first Steven Bochco Award, honoring the late TV writer and producer of such hits as “Hill Street Blues” and “L.A. Law,” who died at 74 of complications from cancer. Bochco had originally battled leukemia and lived several years longer after receiving a stem cell transplant from a Gift of Life donor. That donor, Jon Kayne, 27, of New Jersey, will present the award along with Bochco’s widow, Dayna.

Gift of Life was launched in 1991 by Jay Feinberg, a Jewish man stricken with leukemia who found a marrow donor following a long search. The Jewish community has been a major supporter of the nonprofit organization.