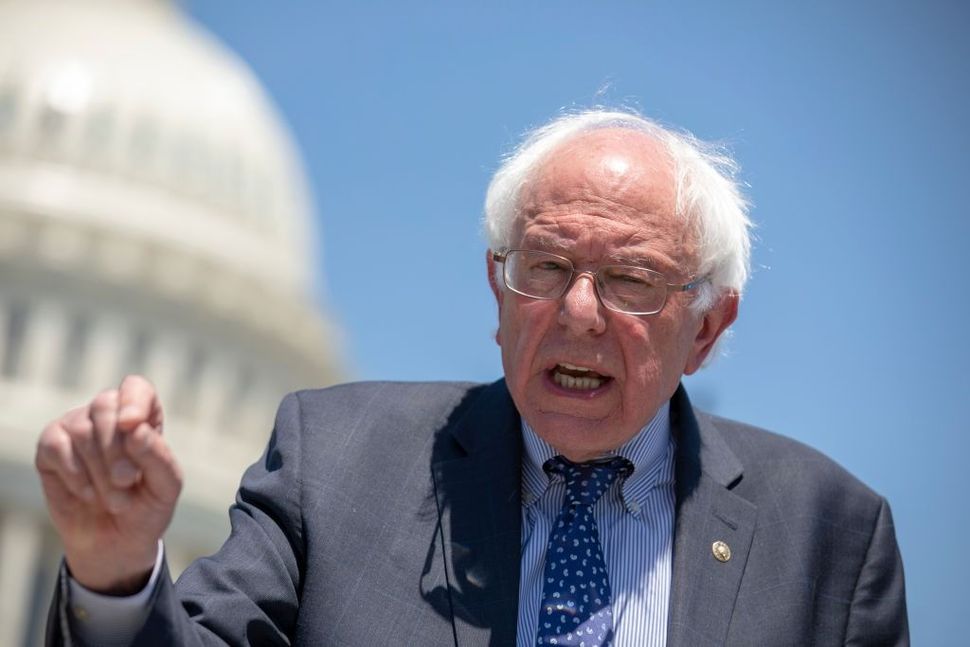 “It should be clear by now that Donald Trump and the right-wing movement that supports him is not a phenomenon unique to the United States,” Sanders said Tuesday in a speech to the School of Advanced International Studies at Johns Hopkins University. “All around the world, in Europe, in Russia, in the Middle East, in Asia, Latin America, and elsewhere we are seeing movements led by demagogues who exploit people’s fears, prejudices and grievances to gain and hold on to power.”

Sanders, the Independent senator from Vermont who caucuses with Democrats, said Trump by himself was not responsible for the rise of authoritarianism but was spurring it forward.

“While this authoritarian trend certainly did not begin with Donald Trump, there’s no question that other authoritarian leaders around the world have drawn inspiration from the fact that the president of the world’s oldest and most powerful democracy is shattering democratic norms,” said Sanders.

He cited as examples the rise in popularity of a far right-wing politician in Brazil, increased repression in Saudi Arabia, and policies of the government of Israeli Prime Minister Benjamin Netanyahu.

“It’s also hard to imagine that Israel’s Netanyahu government would have taken a number of steps — including passing the recent ‘Nation State law,’ which essentially codifies the second-class status of Israel’s non-Jewish citizens, aggressively undermining the longstanding goal of a two-state solution, and ignoring the economic catastrophe in Gaza — if Netanyahu wasn’t confident that Trump would support him,” Sanders said.