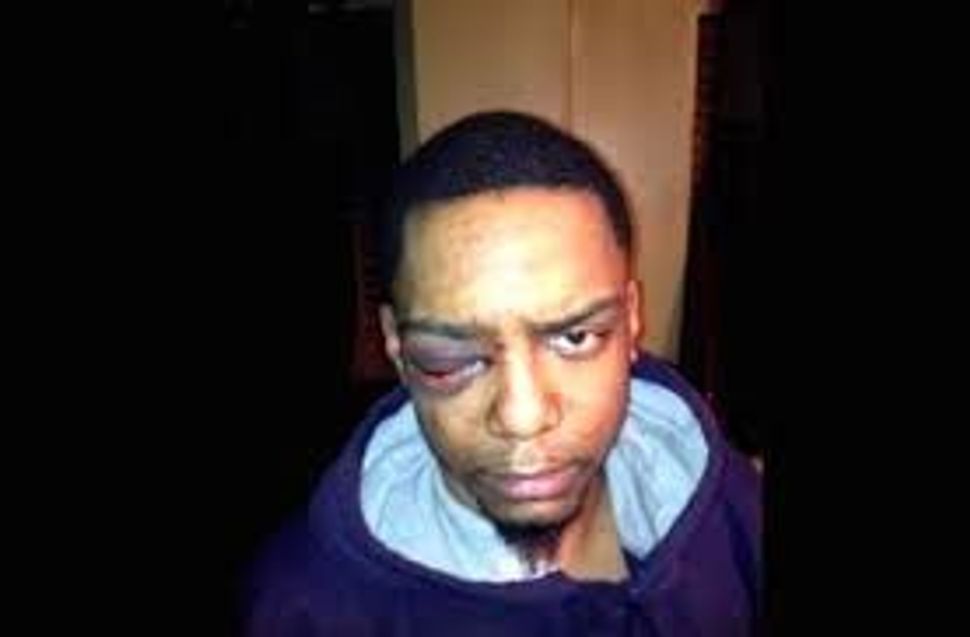 Taj Patterson after his beating.

A New York appeals court has overturned the conviction of a Hasidic man who was found guilty for his role in the beating of a black man in 2013, The New York Times reported.

Five Orthodox men were accused of beating and blinding Taj Patterson, a black fashion student in Brooklyn, on Dec. 1, 2013. Two of them pleaded guilty to minor crimes, and two others saw charges dropped. Only one man, Mayer Herskovic, was convicted at trial, and sentenced four years in prison.

But on Wednesday, a state appeals overturned Herskovic’s guilty verdict for lack of evidence.

Prosecutors said that Patterson was beaten by 20 men, who punched him, kicked him and poked his eye, leaving him blind, the Forward previously reported. The group, which included member of a neighborhood watch group known as Shomrim, attacked after receiving an unfounded call about vandalized cars in the neighborhood.

Patterson dropped out of fashion school following the attack.

The appeals court said that Patterson had been unable to identify his attackers and the DNA evidence supposedly tying Herskovic to the case was “less than convincing,” the Times reported.

Police responding to the attack had interviewed several witnesses and acquired the license plate number of a getaway car, but they had closed the case until Patterson’s mother told local media her son’s story.