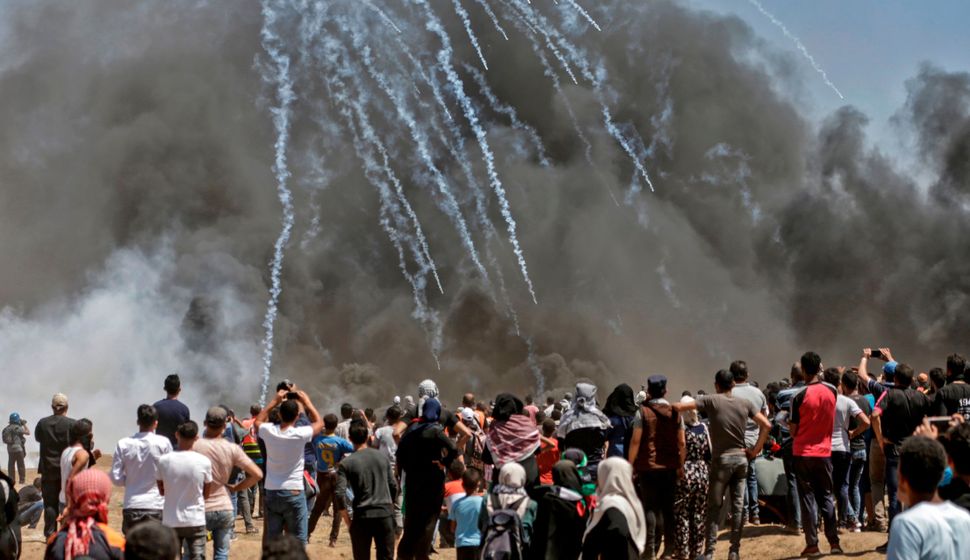 Israeli forces killed seven Palestinians on Friday in protests along Gaza’s border, Gaza health officials said. Israel said its troops had shot and killed a group who broke through the fence with a bomb and attacked an army post.

The Palestinian deaths bring to around 200 the number of Gazans killed since the border protests began on March 30, according to Palestinian Health Ministry figures.

Gaza medics said that, in addition to the six dead, around 140 others were wounded.

The Israeli military said that the demonstrators, numbering around 14,000, had been “hurling rocks, explosive devices, firebombs and grenades” at Israeli troops and at the fence.

Israeli military spokesman Lt. Col Jonathan Conricus tweeted that one group had “detonated a bomb on the Israel-Gaza border fence,” allowing around 20 people to climb through the hole.