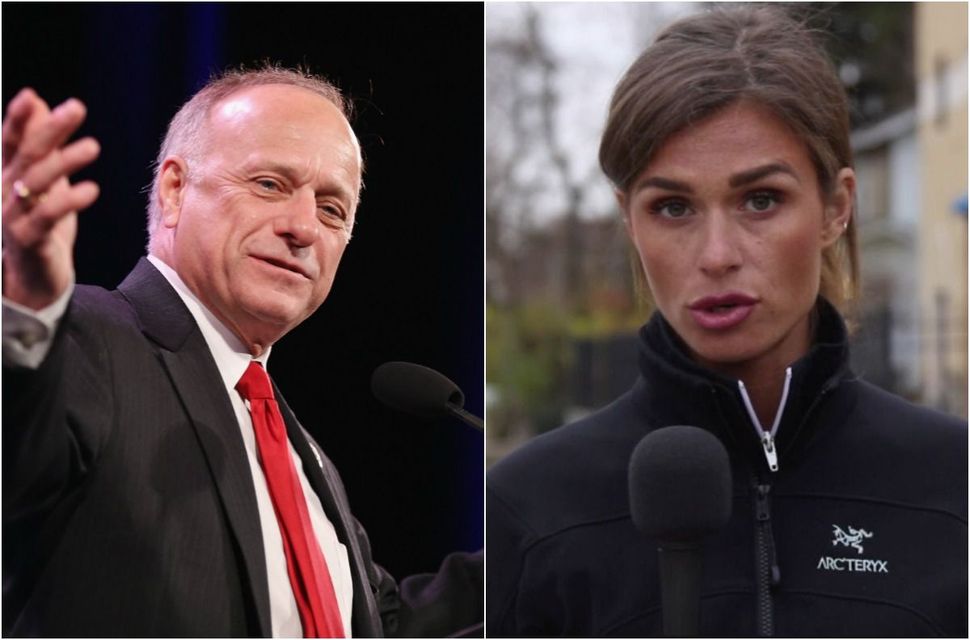 King wrote that Goldy is “Pro Western Civilization and a fighter for our values.”

Faith Goldy, an excellent candidate for Toronto mayor, pro Rule of Law, pro Make Canada Safe Again, pro balanced budget, &…BEST of all, Pro Western Civilization and a fighter for our values. @FaithGoldy will not be silenced. https://t.co/uqkeaUjm7i

Goldy, who is not Jewish, is a former reporter with the far right Canadian outlet Rebel Media. Goldy has widely been identified as being sympathetic to white nationalist causes, and has made liberal use of dog whistles widely cited as being anti-Semitic, such as decrying “cultural Marxism.”

Goldy covered the “Unite the Right” rally at Charlottesville in August 2017, and her coverage was seen as being highly favorable to the far right groups rioting there.